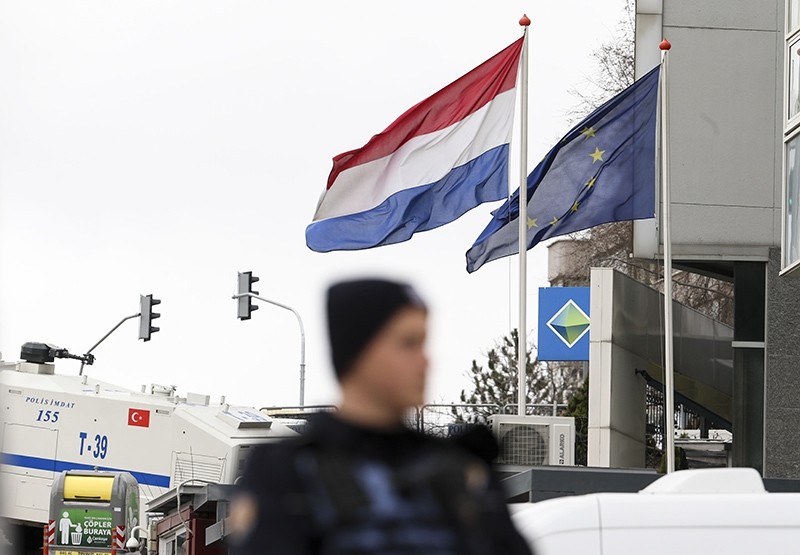 The Dutch Foreign Ministry on Monday said it had formally withdrawn its ambassador to Turkey, who has been physically barred from the country for almost a year, over a dispute that began in March 2017.

In a statement, the ministry said it has "paused" talks with Turkey on resolving the matter.

Despite recent talks between the two countries, "we have not agreed on how to normalize ties," Foreign Minister Halbe Zijlsra said in a statement.

Government Spokesman Bekir Bozdağ made a statement regarding the matter. "The Netherlands and Turkey have not cut diplomatic ties, the Dutch withdrawal of an already non-resident ambassador is just a formal move," he said. "Our diplomatic ties remain intact at level of chargé d'affaires."

It declined a landing permit to a plane carrying Foreign Minister Mevlüt Çavuşoğlu, who was scheduled to speak at a meeting in Rotterdam. The authorities also barred Family Minister, Fatma Betül Sayan Kaya from entering the Turkish Consulate in Rotterdam. She was forced to remain inside her vehicle for hours before being deported to Germany.

The incidents drew severe criticism from Ankara and the Foreign Ministry asked the off-duty Dutch ambassador in Ankara, who was on leave, not to return "for a while."

An exchange of ambassadors between the two countries was expected to take place in the first weeks of the 2018 as a first step to restore bilateral relations.