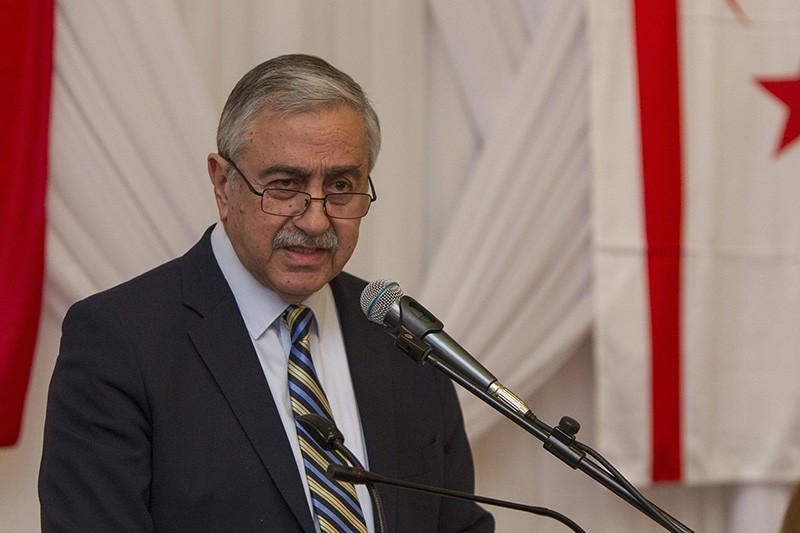 Turkish Cypriot President Mustafa Akıncı on Monday congratulated Greek Cypriot leader Nicos Anastasiades for his re-election Sunday, adding that he hoped for a more constructive term in relations between the two sides of the divided island.

"I hope in his second term Mr. Anastasiadis follows a more constructive and realistic policy for lasting peace and serenity for Cypriots," Akıncı said on Twitter.

Akıncı also said Monday that he would not appoint a new negotiator in the island's reunification talks.

"I am not thinking of appointing a new negotiator right now," he said at the presidential palace in capital Lefkoşa.

His remarks came after he received former chief negotiator Özdil Nami -- who was appointed as Economy and Energy Minister -- following Jan. 7 snap elections.

He said the reason for maintaining the current negotiator is that the Turkish side does not want the same thing to continue for another 50 years.

The talks, which ended in failure in the Swiss city of Crans-Montana last July, could only commence if the Greek side will change their mentality, he added.

Anastasiades was re-elected Greek Cypriot leader in the second round of the election on Sunday. In the first round on Jan. 28, none of the candidates passed the 50 percent threshold. Anastasiades, supported by the conservative Democratic Rally (DISI) party, got 56 percent of the vote while Stavros Malas, supported by the communist Progressive Party of Working People (AKEL), got 44 percent, according to exit polls. Turnout was 73 percent.

Cyprus has been divided since 1974, when a Greek Cypriot coup was followed by violence against the island's Turks, and Ankara's intervention as a guarantor power. Cyprus has seen an on-and-off peace process in recent years, including the latest initiative in Switzerland under the auspices of guarantor countries Turkey, Greece and Britain collapsing last year. Turkey blames Greek Cypriot intransigence for the talks' failure, also faulting the European Union for admitting Cyprus as a divided island into the union in 2004 after Greek Cypriot voters rejected a peace deal.