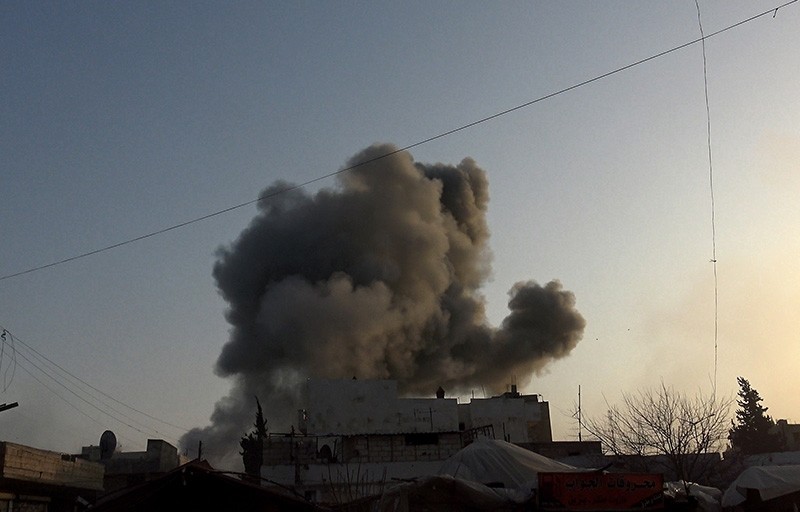 "We once again call on all parties to intervene to successfully implement de-escalation zones," Kalın said.

During peace talks in the Kazakh capital, the three guarantor countries — opposition backer Turkey, the regime's main allies Iran and Russia — had agreed to establish de-escalation zones in Idlib and parts of Aleppo, Latakia and Hama provinces.

Regarding Turkey's military operation to clear northwestern Syria of terrorist PKK's Syrian affiliates Democratic Union Party (PYD) and People's Protection Units (YPG), Kalın said: "PYD/YPG terrorists called on the Assad regime last week for help against Turkey after the damages they received in Afrin. This shows how the terror group has dirty connections with every country, every actor when it suits them. This is a clear message to the U.S. administration."

"No contacts between Turkey and the Assad regime have been made and no contacts are on the agenda now," he added.

Erdoğan's aide said Turkey is working on organizing a trilateral leaders' summit between Turkey, Russia and Iran to discuss the Sochi and Astana meetings on Syria, which "could take place shortly."

Kalın also said Foreign Minister Mevlüt Çavuşoğlu will discuss the Afrin operation with Iranian counterpart Javad Zarif and President Hassan Rouhani, who had demanded a halt to the anti-terror operation.