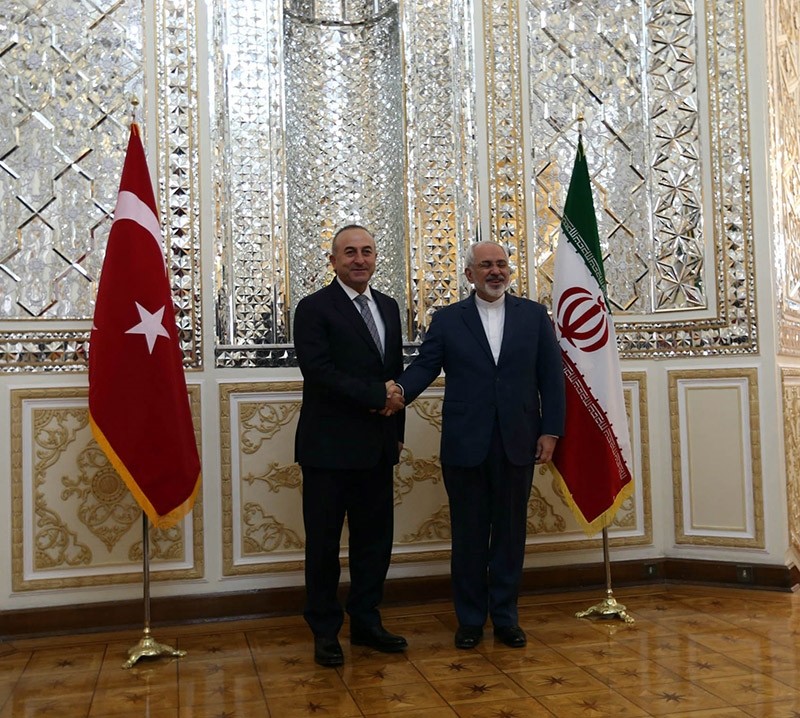 Çavuşoğlu arrived Wednesday afternoon in Tehran and is also expected to talk about bilateral relations and regional issues during the high-level meetings.

Iranian President Rouhani said previously on Tuesday that he wished Turkey would halt the counter-terrorism operation in Afrin, saying that it increases tension in war-torn Syria.

Rouhani also underlined that the dialogue between Turkey and Iran was "at its top," adding that the two countries joined by Russia could organize a tripartite meeting to discuss the ongoing Syrian crisis.

Meanwhile, Turkey is continuing Operation Olive Branch, launched Jan. 20 to remove the PKK/PYD/YPG/KCK and Daesh terrorists from the Afrin region.