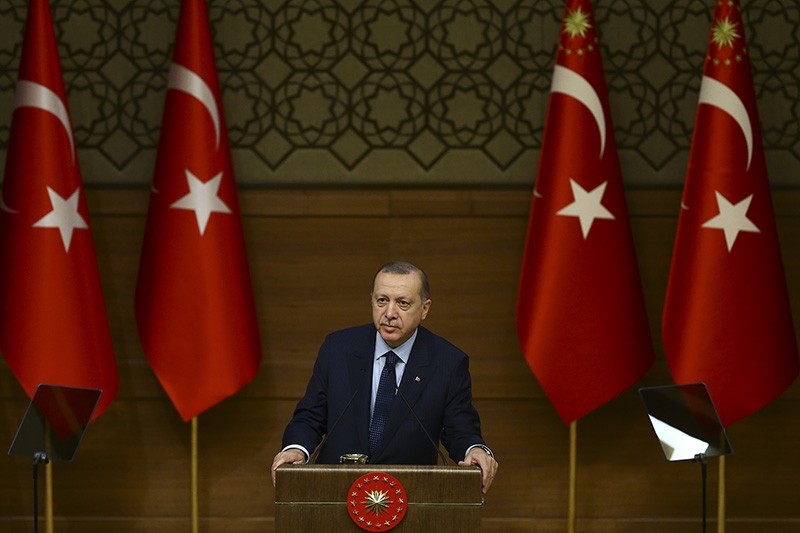 "He says: 'Sit on a table with Assad and discuss this issue'," he said referring to remarks by Republican People's Party (CHP) chairman Kemal Kılıçdaroğlu.

"What will we talk about to a murderer who has killed 1 million of his citizens," Erdoğan said in his address to the heads of Turkish villages and neighborhoods at the presidential complex in capital Ankara.

"You can go arm in arm with terrorists when necessary … But, we haven't so far walked with those taking that path with permission of terror organizations, and we will not walk in the future," he added.

On Tuesday, in his address at CHP's parliamentary group meeting, Kılıçdaroğlu called on the government to establish contact with the Assad regime to resolve the conflict in Syria.

According to Turkish General Staff, the operation aims to establish security and stability along Turkish borders and the region as well as to protect the Syrian people from the oppression and cruelty of terrorists.

The operation is being carried out under the framework of Turkey's rights based on international law, U.N. Security Council's decisions, self-defense rights under the U.N. Charter and respect for Syria's territorial integrity, it said.

The military has also said that only terrorist targets are being destroyed and "utmost importance" is being given to not harm any civilians. Afrin has been a major hideout for the YPG since July 2012 when the Assad regime in Syria left the city to the terror group without putting up a fight.