US confirms Tillerson to visit Turkey next week on regional tour 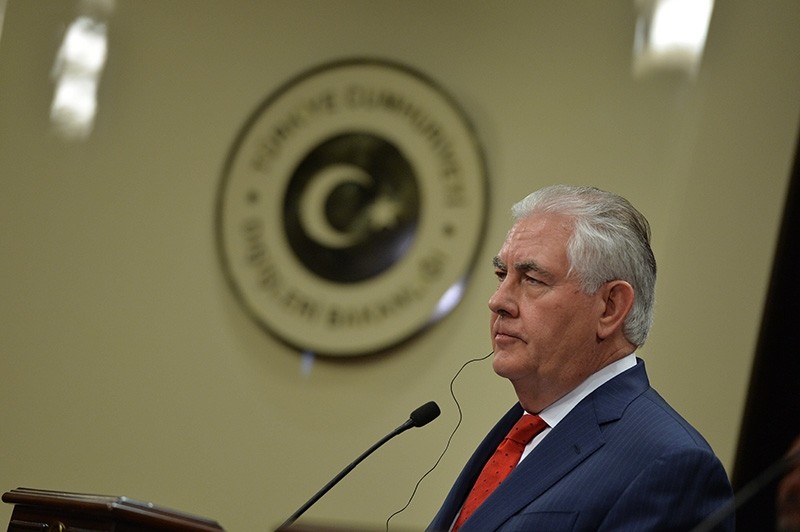 Secretary of State Rex Tillerson will visit Turkey next week as part of a regional tour that will also take him to Jordan, Lebanon, Egypt and Kuwait, the U.S. said Thursday,

The statement noted Tillerson will visit Turkey to discuss regional and bilateral issues with senior Turkish officials. The State Department statement announcing his travel did not specify a date or location for his visit, nor did it lay out whom he would meet.

A Turkish diplomatic source said Tuesday he would be meet next week his Turkish counterpart, Mevlüt Çavuşoğlu, in Ankara.

Tillerson will depart for Jordan on Feb. 11 to begin his trip. He is slated to meet King Abdullah and Minister of Foreign Affairs Ayman Al-Safadi in a bid to strengthen relations between Amman and Washington, the State Department said.

"The Secretary's visit will emphasize U.S. support for the Lebanese people and the Lebanese Armed Forces," spokeswoman Heather Nauert said.

In Egypt, Tillerson will meet senior officials to discuss relations and regional issues.

Tillerson will lead a U.S. delegation in Kuwait for a ministerial meeting of the U.S.-led anti-Daesh coalition, and he will participate in a three-day Iran reconstruction conference.

Tillerson is expected to meet various senior officials on the margins of both meetings before leaving the region Feb. 16.