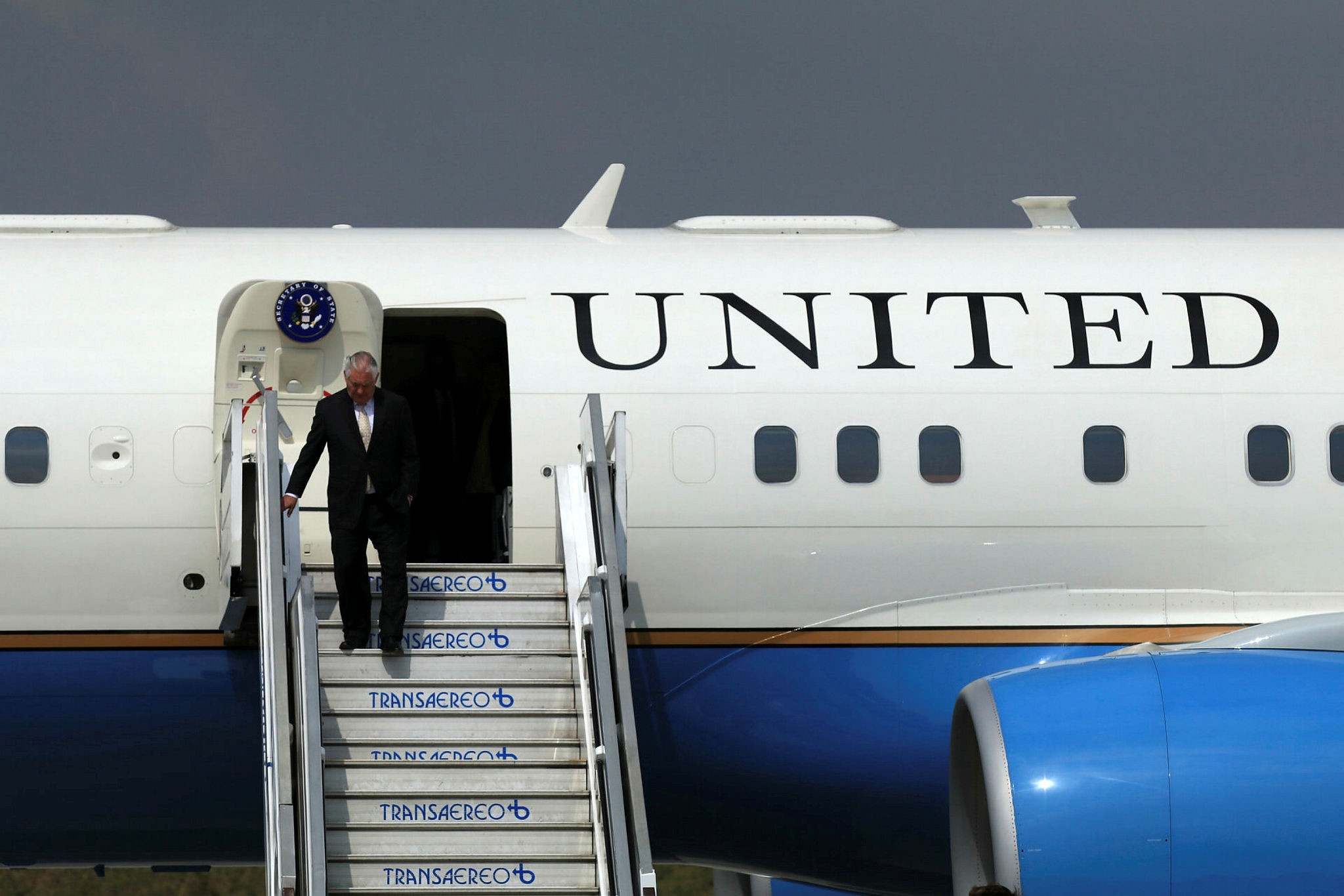 U.S. Secretary of State Rex Tillerson has arrived in Egypt at the start of a regional tour that coincides with heightened regional tension and unease over the Trump administration's policies in the region, concerning especially Jerusalem and the PYD's armed wing People's Protection Units (YPG) forces in Syria.

His arrival Sunday came one day after Israel carried out a wave of airstrikes in Syria after intercepting an Iranian drone that had infiltrated its airspace and an Israeli F-16 was downed upon its return from Syria. It was the most serious Israeli engagement in Syria since the war there began in 2011.

In Egypt, as well as in Kuwait, Lebanon, and Jordan — the tour's other Arab stops — Tillerson will almost certainly hear misgivings about President Donald Trump's recent decision to recognize Jerusalem as Israel's capital.

He will visit NATO ally Turkey on the tour's final stop where the U.S. diplomat is expected to encounter with difficult issues regarding the U.S.'s support for the PKK's Syrian affiliate, the Democratic Union Party (PYD).

Washington relies on the YPG to fight against Daesh on the ground, while Ankara argues that one terrorist group cannot be used to fight another.