PM Yıldırım to meet with Chancellor Merkel during visit to Germany 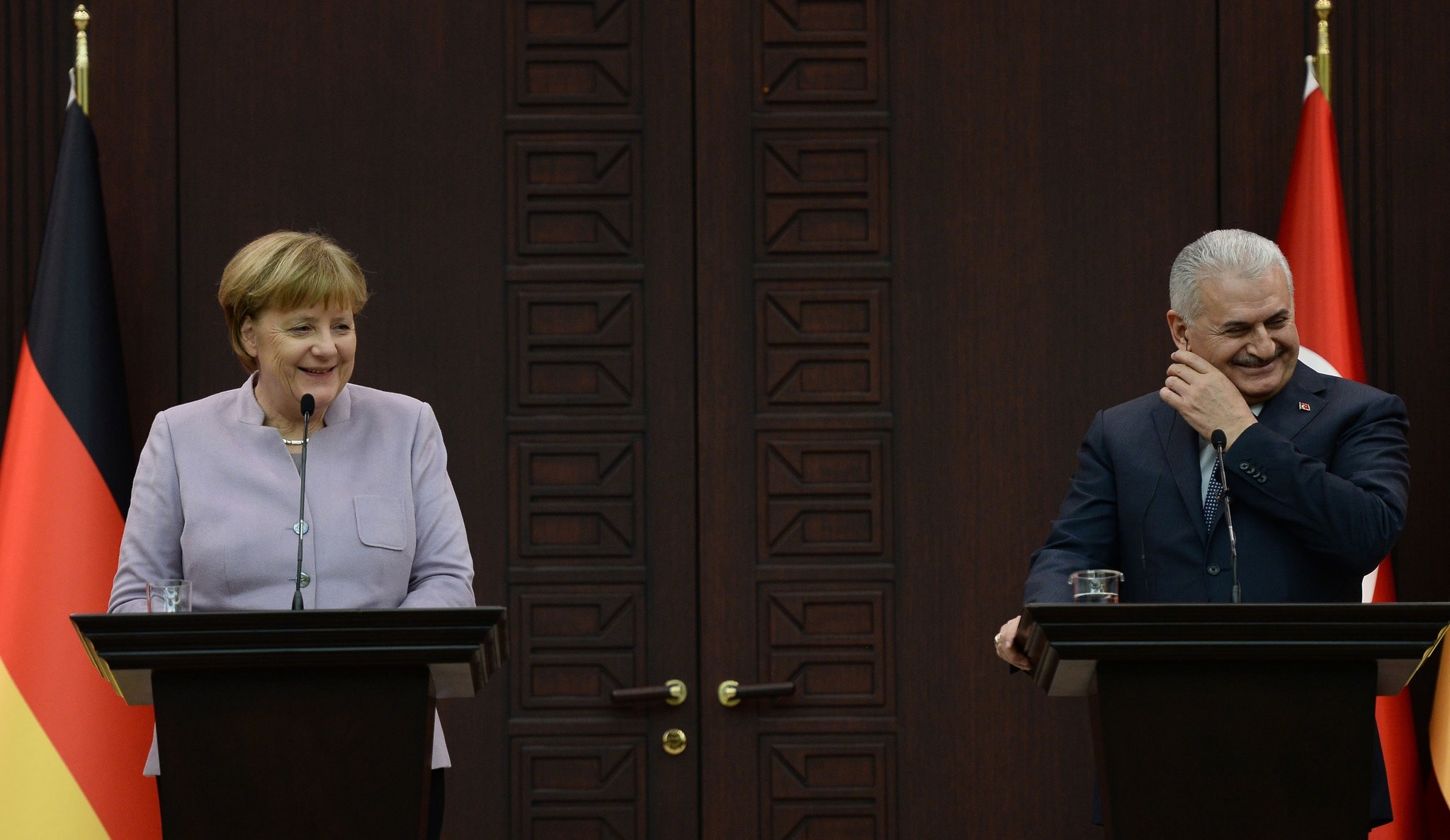 Prime Minister Binali Yıldırım wil meet with German Chancellor Angela Merkel Thursday at the Chancellery in Berlin as part of his visit to the European country to attend a security conference in Munich.

Merkel's spokesman Steffen Seibert said Monday that the two leaders will be discussing bilateral relations as well as recent international and regional developments. The request for the meeting reportedly came from the Turkish side, and Berlin confirmed the meeting only two days before Yıldırım's planned arrival.

Relations between the two countries have been strained since the defeated 2016 coup in Turkey as Turkish politicians criticized their German counterparts for failing to show strong solidarity with Ankara against the attempted military takeover on July 15, 2016 and the decision in Germany to ban rallies by Turkish ministers and President Recep Tayyip Erdoğan last year.

However, the meeting is regarded as the latest signs of thawing in Berlin-Ankara relations. The two countries took steps in recent months toward normalization and intensified talks to address their political differences on several issues.

Turkish presidential spokesman İbrahim Kalın said last week that Ankara is hoping to "open a new page in Turkish-German relations," noting diplomatic efforts and the forming of a new coalition in Berlin.

"We expect the next German government to take steps, realizing how important an ally Turkey is, how critical a central role it has, as a country, in the region," Kalın said in Ankara, as reports showed the Christian Democratic Union (CDU) and the Social Democratic Party (SPD) in Berlin had clinched a coalition deal.

While Turkey expects some concrete steps from Berlin on its tolerance of terrorist groups, such as the PKK and the Gülenist Terror Group (FETÖ), Berlin has demanded the release of all German citizens imprisoned in Turkey, stressing a full normalization in relations is not possible until some conditions are met.