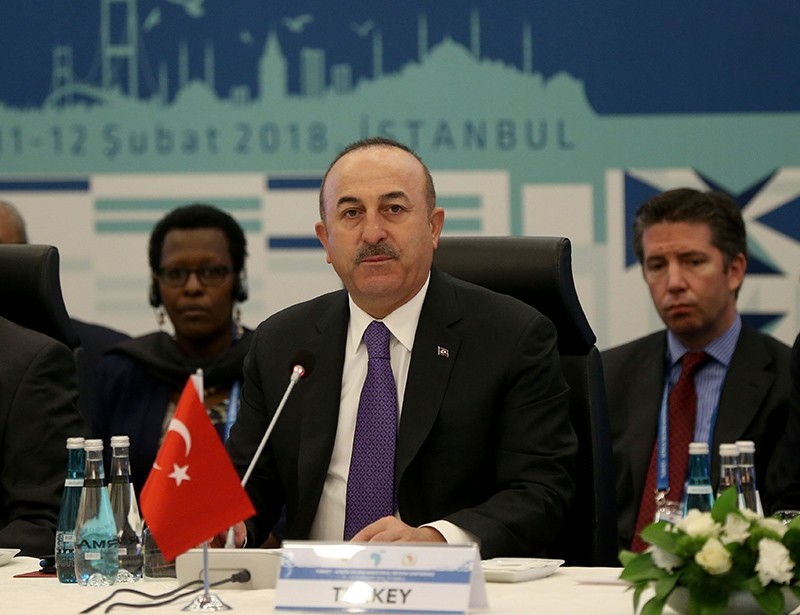 Relations between the United States and Turkey are at a "very critical point," Foreign Minster Mevlüt Çavuşoğlu said Monday ahead of U.S. Secretary of State Rex Tillerson's visit to Ankara.

"We will either fix [U.S.-Turkey] relations, or they'll deteriorate altogether," Çavuşoğlu said in a news conference during the Turkey-Africa 2nd Ministerial Review Conference in Istanbul.

"We don't want promises and pledges from the U.S., we want concrete steps [regarding the YPG]. For us to discuss multiple issues with the U.S., the trust that has been lost needs to be restored. And the cause of the lost trust is U.S. [actions]," Çavuşoğlu added.

The minister said the YPG, who the U.S. supports under the pretext of fighting Daesh, "does not touch" Daesh.

Tillerson is expected to arrive in Turkey on Thursday for official talks over the escalating PKK crisis between Washington and Ankara.

Turkey strongly opposes U.S. military support for the Syrian Democratic Forces (SDF), which is dominated by the terrorist PKK-affiliated PYD and YPG, which constitute a serious threat to Turkey's security.

The U.S.' refusal to extradite Gülenist Terror Group (FETÖ) leader Fethullah Gülen, who was a mastermind behind the failed coup attempt on July 15, 2016, is one of the longest-standing disputes between Ankara and Washington.