Turkey's ties with US reaching a point of no return, says Foreign Minister 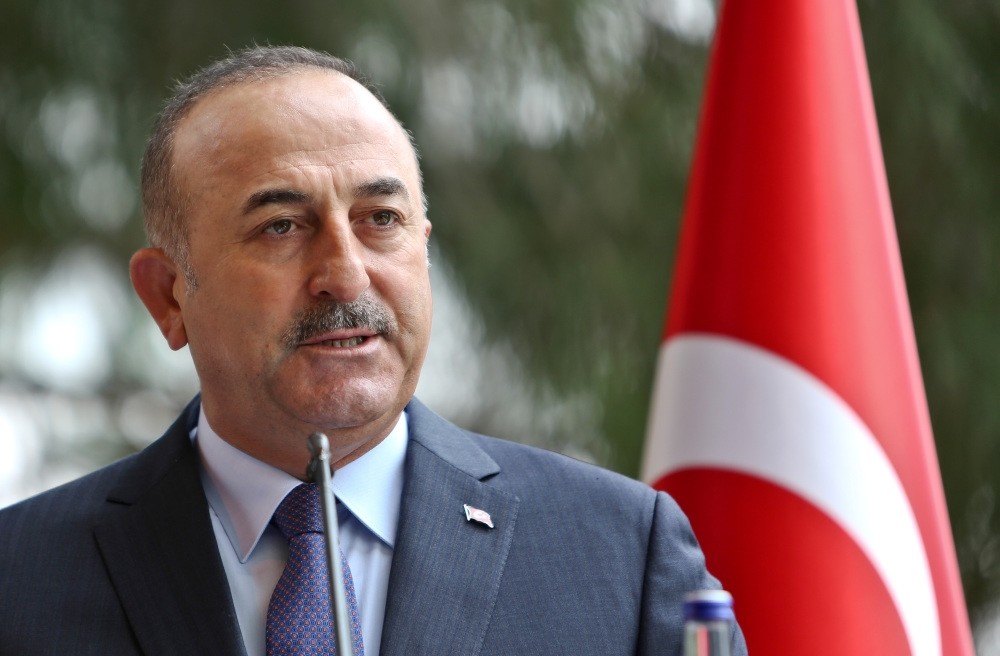 Foreign Minister Mevlu00fct u00c7avuu015fou011flu (L) said the U.S.'s unfulfilled promises concerning Manbij and of the issues, including the Gu00fclenist Terror Group (FETu00d6), have caused a loss of trust between the two allies.
by Daily Sabah Feb 13, 2018 12:00 am

Foreign Minister Çavuşoğlu advised the U.S. to salvage the crumbling relations yesterday, warning that if it does not, ties between the two countries may seriously suffer

Ankara has said the U.S. needs to take concrete steps for a solution to salvage ties ahead of U.S. Secretary of State Rex Tillerson's visit to Turkey on Thursday. The news comes as bilateral ties are at stake because of Washington's support for PKK-affiliated groups in northern Syria. Foreign Minister Mevlüt Çavuşoğlu said yesterday that relations with the U.S. are close to a full collapse and Ankara expects tangible moves from the U.S. regarding its partnership with the People's Protection Units (YPG).

"Ties with the U.S. are at a very critical point. We will either fix these relations or they will break completely," Çavuşoğlu told reporters in Istanbul on the sidelines of a Turkish-African meeting. The relations between the two NATO allies have been battered by the U.S.'s partnership with the Democratic Union Party's (PYD) YPG militia, which are the PKK's affiliates in Syria, on the pretext of fighting Daesh. Ankara has repeatedly asked Washington to end arms support to the YPG, citing that it would pose great threats to Turkey's national security. However, the U.S. has continued its support to the group, shrugging off the Ankara's warnings. Çavuşoğlu said: "The U.S. is using the fight against Daesh as a pretext for its partnership with the YPG."

Commenting on the current strained ties, Prime Minister Binali Yıldırım said yesterday that the U.S. needs to think about its stance in relation to its support to the YPG.

Referring to Turkey's ongoing operation in Afrin against the YPG, during a press conference with Macedonian Prime Minister Zoran Zaev, Yıldırım said: "Terrorism is the greatest threat for us. The U.S. needs to make reasonable decisions as Turkey's NATO ally and strategic partner."

Yıldırım said that Turkey will eliminate terrorists from Afrin as it previously cleared terrorists on the Manbij-Azaz-Jarablus line with Operation Euphrates Shield.

In relation to promises from the U.S., Turkish officials argue that the gap between rhetoric and reality could not be wider.

Çavuşoğlu said that the U.S.'s unfulfilled promises concerning Manbij and various issues including the Gülenist Terror Group (FETÖ) have caused a loss of trust.

The U.S.'s refusal to extradite FETÖ leader Fethullah Gülen, who was the mastermind behind the failed coup attempt on July 15, 2016, is one of the longest-standing disputes between Ankara and Washington.

Previously, the U.S. administration under then President Barack Obama had promised Ankara that the YPG would move east of the Euphrates. However, despite warnings from Ankara, the promises were not kept.

The YPG's ultimate aim is to establish an autonomous region in northern Syria by connecting the northwestern Afrin canton to the Kobani and Jazira cantons in the northeast, which the Turkish government considers a "terror corridor.".

In the face of growing security threats, Turkey launched Operation Olive Branch on Jan. 20 to eliminate the YPG from along its border. Turkish officials are resolute in the fight against the PYD and YPG to prevent a terrorist corridor along the Syrian border.

Amid the increased tension between the two countries, U.S. Secretary of State Tillerson will pay a visit to Turkey. Çavuşoğlu said that it will be a significant meeting in which they will discuss the Afrin operation and the current situation in Syria.

In a meeting in Istanbul on Sunday, presidential spokesman İbrahim Kalın and U.S. National Security Adviser H.R. McMaster confirmed the long-term strategic partnership between the countries.

Following the meeting, the White House released a statement saying McMaster affirmed the long-term strategic partnership between the United States and Turkey and the two officials discussed the priorities and concerns of both countries.