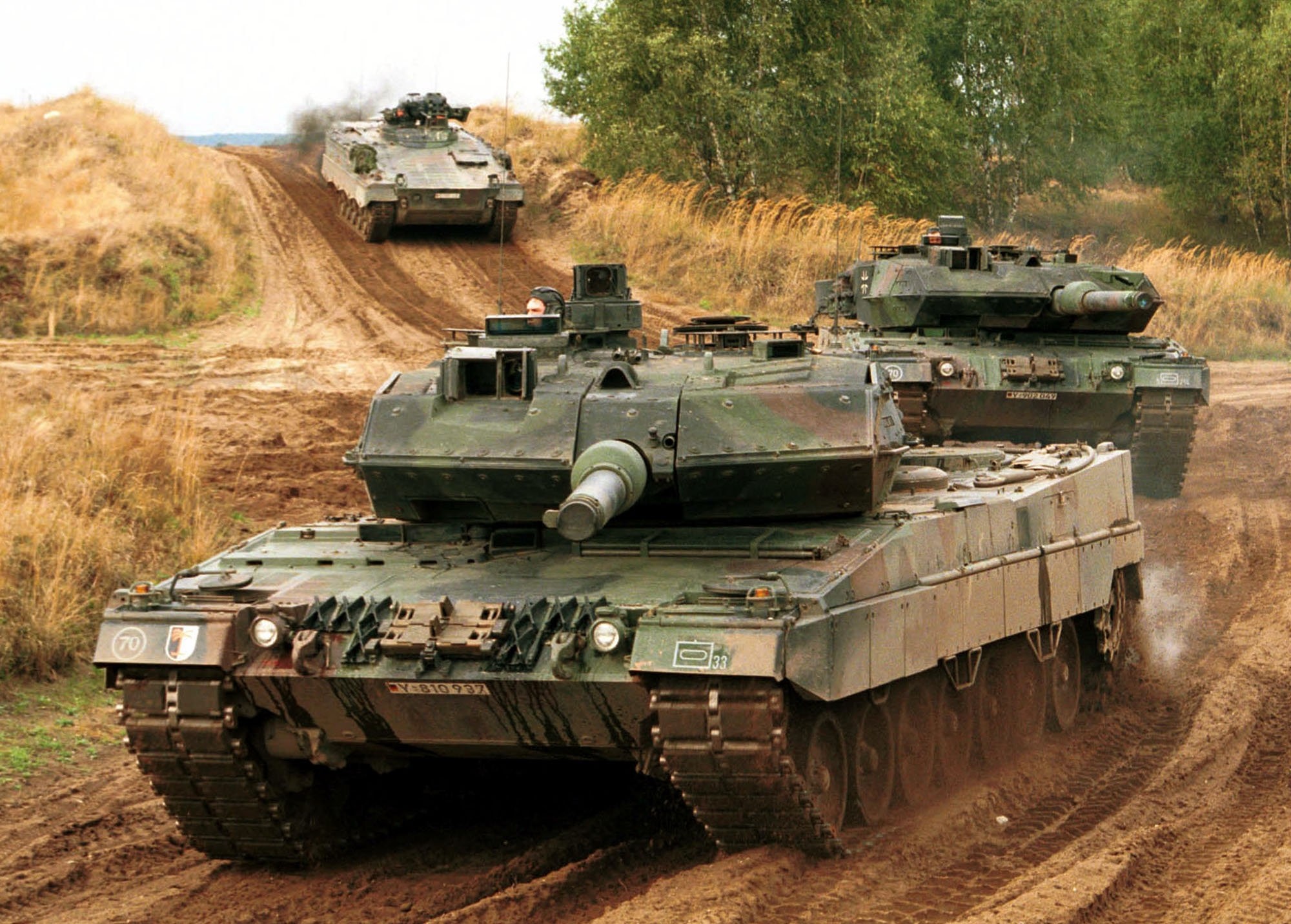 Recent German parliamentary reports found that 354 Leopard tanks exported to Turkey, which are now at the service of the Turkish Armed Forces (TSK) in military operations, have not committed any international law violations

Two comprehensive reports put together by the Scientific Services Department of German parliament suggested that the 354 German Leopard tanks used by the Turkish military have not violated international law or committed human rights violations.

The Bundestag scrutinized the actions of the Turkish Armed Forces (TSK) after some German lawmakers and media outlets made a fuss about German arms exports and modernization of Leopard tanks used by the Turkish military due to Operation Olive Branch in Afrin against the PKK-affiliated People's Protection Units (YPG).

However, the parliamentary reports could not find Turkish military violations of international law.

A similar German concern was present from 1992 to 2009. The German government denied Turkey the right to use its weapons in the fight against the PKK and imposed a arms sanctions on Turkey in 1992

Moreover, it attached a clause to the sale deals of Leopard-2 tanks that limited their use against the PKK. However, a military cooperation agreement signed by the Defense Undersecretaries of the two countries in 2009 invalidated the clause, ending the dispute.

While German discomfort regarding Turkey's offensive against the YPG in and around Afrin has recently led to speculations about ending exports of Leopard tanks to Turkey, it sparked another debate over the modernization of these tanks.

Previously, Ankara and Berlin have had plans to have Turkey's Leopard tanks undergo modernization by a German defense industry company. The German media claimed in late January that the modernization of the tanks was put on ice due to strained relations. According to Der Spiegel, "[German Foreign Minister Sigmar] Gabriel instructed his house to put the issue of an upgrade on the agenda of the next round of acting state secretaries on arms exports to examine it favorably there."

The Turkish government previously requested the modernization of Leopard tanks last March, but, the talks failed due to the strained relations between the two countries. Rheinmetall CEO Armin Papperger noted last October that many projects, including the modernization of the TSK's Leopard tanks and plans to jointly produce combat jet ammunition, were not approved by the German government. According to German law, every defense industry project must be approved by the cabinet.

However, Stern, a German magazine, claimed yesterday that German defense company Rheinmetall and Turkish firm BMC already sealed an agreement on Jan. 9 in Düsseldorf, three days after Gabriel and Foreign Minister Mevlüt Çavuşoğlu met in the Gabriel's hometown of Goslar.

"BMC is said to have concluded an agreement with its German partners to jointly modernize Leopard tanks from German production, which are now in the service of the Turkish military. Rheinmetall will supply the technology for this and BMC will help with the work on site. The goal: To protect the tanks better from bullets and mines," the Stern article said.

Turan Oğuz, a renowned defense industry expert, said that out of the 354 Leopard-2A4 tanks that Turkey has, 40 or 81 will be modernized in the deal with Germany. "It is not a high number," he said. When asked about what effects it would have on the Turkish military if the deal failed, Oğuz said: "There is no reason to regret it. We have M60 T tanks, and M60A3 tanks will also be modernized."

The news sparked attention because Gabriel and the German government have been put under pressure by some circles to not do business with Ankara. One of the reasons for this is the imprisonment of German nationals in Turkey and another is Ankara's Operation Olive Branch offensive in northwestern Syria.

Ankara does not seem pessimistic regarding permission from the German government. Çavuşoğlu said the meeting of a commission on German-made Leopard-2 tanks was postponed and the move did not amount to halting defense industry cooperation between the two countries or completely freezing it.

The steps toward the modernization of the tanks come at a time when the two countries are attempting to mend their injured ties. Following crises and ultimatums back and forth over the course of the last one-and-a-half years, Ankara and Berlin are now gradually breaking the ice.

Furthermore, the Stern article said that Rheinmetall is certain that permission will come. "Postponed does not mean canceled. And apparently the Rheinmetall headquarters has already firmly assumed that the permission for the exports will come," it said.

Oğuz did not give a specific timetable for the modernization if the green light is given. However, he said that it would take a while. "It is planned that 15 of the tanks would be delivered in 2019, and 20 in 2020."

He said that the modernization of M60T tanks is relatively easier, which is expected to take 10 months to 12 months. "Differently in this case, the armor of Leopard tanks will be modernized. Therefore, we can expect some 12 to 18 months until the process is completed."