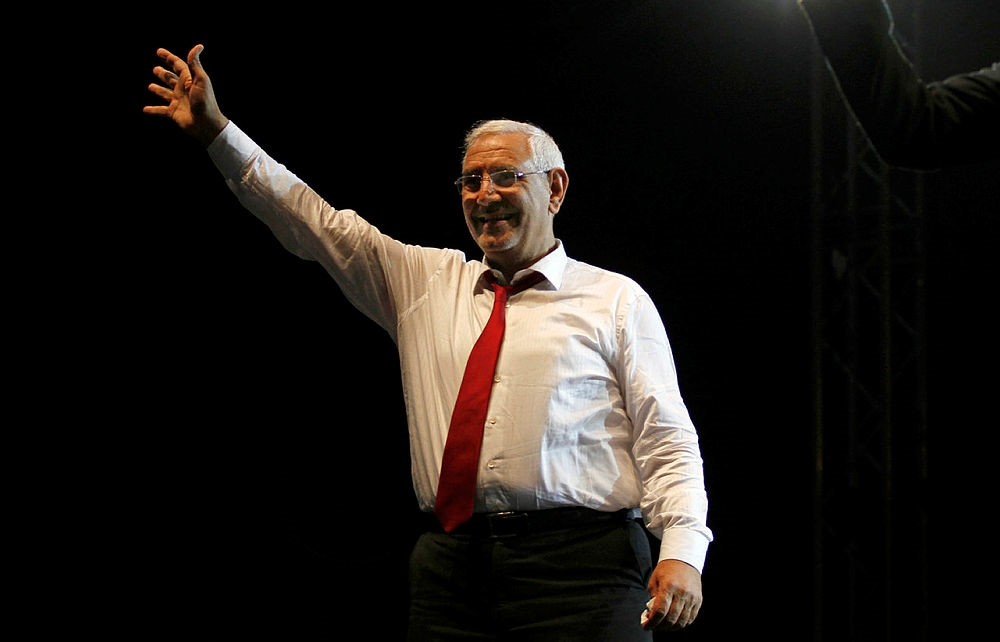 A senior political figure and a former Muslim Brotherhood leader detained in Egypt over alleged links to the outlawed group was referred to state security prosecutors for questioning on Thursday, according to security officials, in the latest move by authorities against critics ahead of next month's presidential election.

Abdel-Monaem Abul Fetouh, 66, was arrested Wednesday night shortly after his return from a trip to London. He is the leader of the "Strong Egypt" party, whose deputy, Mohammed el-Kassas, was detained about a week ago, also over alleged links to the Brotherhood. At least five senior members of his party were released early Thursday, just hours after their detention over similar accusations.

The questioning of both men is part of a wider investigation into what authorities say is a plot to resurrect the Brotherhood as well as dealings with media outlets loyal to the group. The Muslim Brotherhood was outlawed and declared a terrorist organization shortly after the ouster by the military in 2013 of Mohammed Morsi, Egypt's first freely elected president, and a Brotherhood stalwart.

Their detention also points to a stepped-up crackdown on dissent ahead of the March 26-28 vote that is virtually certain to be won by the incumbent, general-turned-president Abdel-Fattah el-Sissi. Standing between the president and another four years in office is an obscure politician and a supporter whose eleventh-hour entry into the race spared the president and his government the deeper embarrassment of a one-candidate election.

The officials said Abul Fetouh would also be questioned by prosecutors on comments he recently made to Al-Jazeera, the television news network that Cairo sees along with its host nation, Qatar, as uncompromisingly hostile to its government.

In the Feb. 11 interview, he accused authorities of fabricating cases against critics and violating the constitution. Abdul Fetouh was also among prominent opposition figures who last month called for a boycott of the vote, something that pro-el-Sissi lawmakers and media celebrities described as tantamount to an attempted coup.

Abul Fetouh was a longtime Brotherhood member but quit the group in 2011 to run for president in the 2012 election won by Morsi, whose one-year rule proved divisive. Under el-Sissi, pro-government media has insisted that his sympathies continued to be with the Brotherhood.

The security officials said prosecutors were in possession of documents and video recordings that allegedly show that Abul Fetouh has been in contact with Brotherhood leaders living in exile.

Abul Fetouh's arrest was the latest in a series of high-profile, election-related detentions that have rocked the country ahead of the vote.

Former military chief of staff Sami Annan was arrested last month, just days after he declared his intention to run for president. The military accused him of incitement against the armed forces and forgery. Earlier this week, the country's former anti-graft chief was arrested after he told a television interviewer that Annan was in possession of documents secured abroad that are incriminating of the country's leadership. An army colonel who released a video in which he declared his intention to run for president is serving a six-year prison sentence following his conviction of violating the military's ban on political activism.

Besides Annan, a string of would-be candidates, including a former prime minister and a rights lawyer, have quit the race amid charges of coercion by authorities or fears over the safety of their supporters.