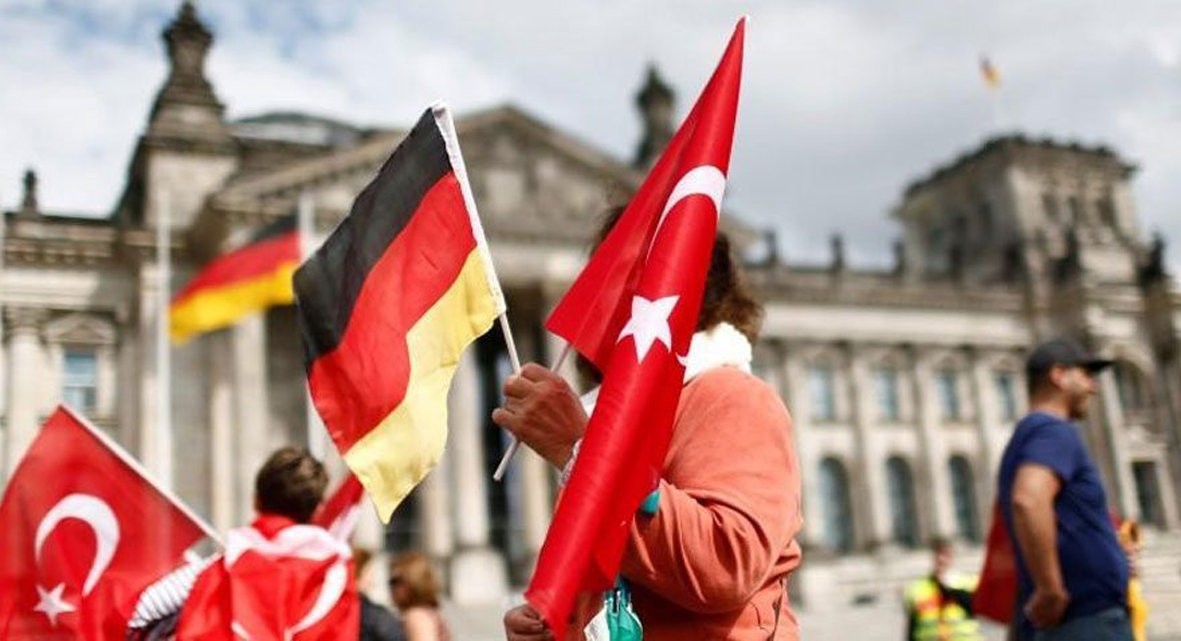 Once strained for several reasons, Turkey and Germanyu2019s ties have recently entered a period of reconciliation.
by Daily Sabah Feb 16, 2018 12:00 am

Ahead of his visit to Berlin, PM Yıldırım pointed to Germany and Turkey's crucial role in their respective regions, saying that the countries should forget about the past and look forward to building better relations

Prime Minister Binali Yıldırım called for a return to warm relations between Turkey and Germany in an interview yesterday, a day ahead of his visit to Berlin to meet German Chancellor Angela Merkel. Speaking to German state broadcaster ARD on Wednesday, Prime Minister Yıldırım urged the German government and public to forget the past and turn a new page. "Now the time has come to open a new page."

This is what I think," he said after stating that the two sides picked on each other last year as there was a referendum in Turkey and elections in Germany.

"There have been elections in Germany. Before the elections, both sides criticized each other. But the elections are over, [and] we are in a new phase," the prime minister asserted.

The prime minister also remarked on the need for both sides to forget about the past. "Let's open a new page, forget the past, look at the future and build our relations even further," he added.

Yıldırım's interview with the German state broadcaster came a day before his visit to the German capital city of Berlin to hold a bilateral meeting with Chancellor Merkel. The two leaders yesterday came together at the German Chancellery.

The two countries have recently entered an era of fixing the marred ties. The efforts of the foreign ministers of the two countries played a key role in the normalization process. While Foreign Minister Mevlüt Çavuşoğlu hosted his counterpart Sigmar Gabriel in October in Antalya, Gabriel hosted Çavuşoğlu in Germany's Goslar city to drink tea together in Turkish style.

Additionally, President Recep Tayyip Erdoğan wants to invite German Chancellor Merkel to Turkey or travel to Germany once the government is formed in Germany. "If Germany forms a new government, Erdoğan will either invite Merkel to Turkey, or he might go to Germany. We should maintain dialogue," Çavuşoğlu said last month. "We want to do everything for a better atmosphere," he added.

In the wake of the release of German human rights activist Peter Steudtner and two other German nationals whose name were not disclosed, German citizen Meşale Tolu was released. These releases helped fix ties to a certain extent. However, German journalist Deniz Yücel has remained in pretrial detention since last year. The German government is paying great attention to his release.

His case was also asked during the interview. Yıldırım raised the prospect that a German-Turkish journalist could soon be freed from prison, something that would remove what Berlin considers a major impediment to normalizing relations. However, the prime minister firmly stated that it is up to the Turkish judiciary to release him. "Turkey is a state of law. In constitutional states, the courts decide on the lawsuits. We can express what we feel, what we think. But we cannot put ourselves in the position of the courts."