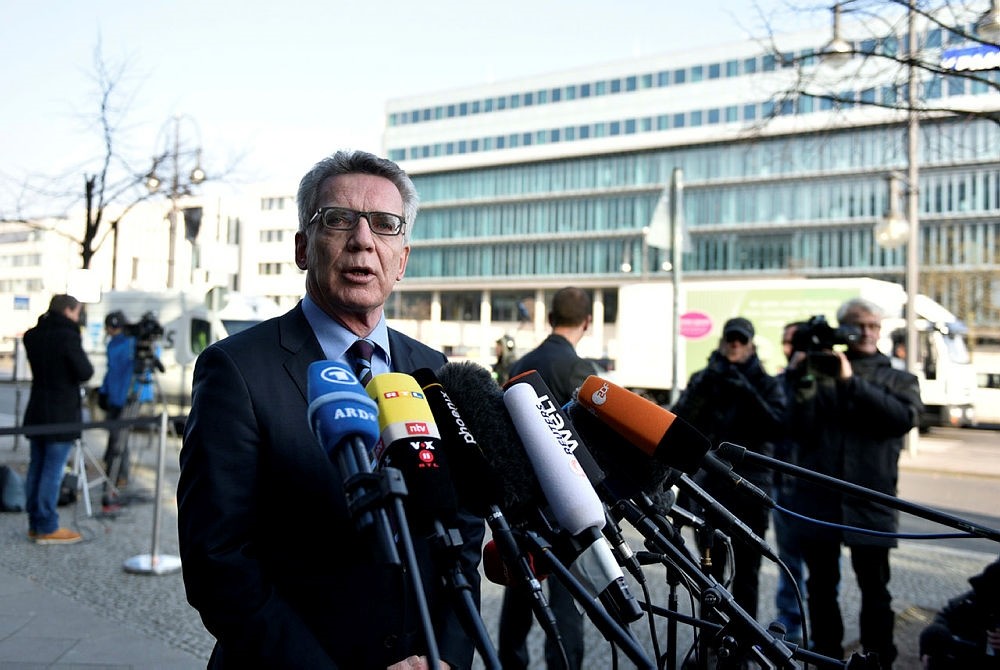 Turkey is a key partner in the fight against terrorism, German Interior Minister Thomas de Maiziere said on Saturday.

During his address at the Munich Security Conference, the conservative politician turned down opposition calls to restrict security cooperation with Turkey.

"We must also understand that Turkey has suffered from terrorism much more than Germany, and they have much more victims. Of course, Turkey is a key partner for us in the fight against terrorism," he stressed.

Earlier on Saturday, Turkish Prime Minister Binali Yıldırım told conference participants that Turkey's measures against foreign fighters and its fight against the terrorist group PKK and its extensions PYD and YPG and Daesh in northern Syria carry significant importance for Europe's security.

According to the Turkish General Staff, Operation Olive Branch in northwestern Syria aims to establish security and stability along Turkey's borders and the region as well as to protect Syrians from terrorist oppression and cruelty.

The military has also said that only terrorist targets are being destroyed and "utmost care" is being taken to avoid harming civilians.