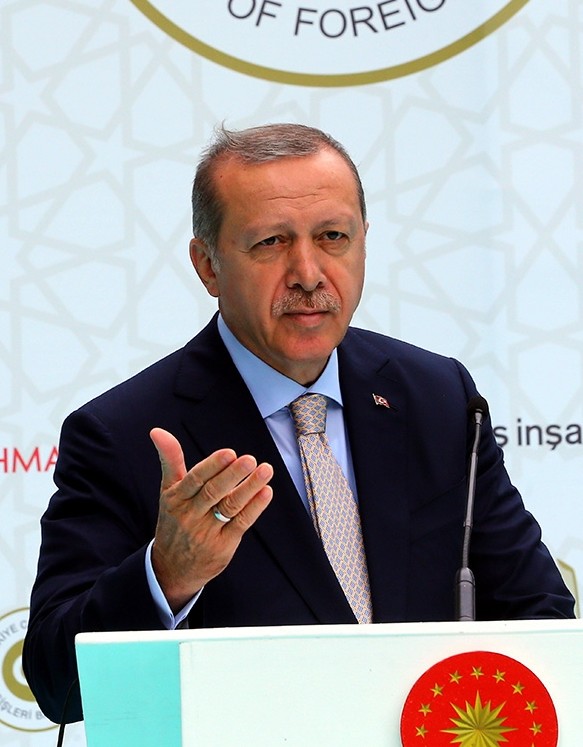 Turkey's President Recep Tayyip Erdoğan on Sunday offered condolences to his Iranian counterpart over a deadly passenger plane crash that killed all 66 people on board, according to a presidential source.

Wishing God's mercy on those who lost their lives, Erdoğan conveyed his condolences to Iranian President Hassan Rouhani and the Iranian people, said the source, who asked not to be named due to restrictions on talking to the media.

Erdoğan also said Turkey is ready to help Iran in search and rescue operations and determining the cause of the crash if need be.

On Sunday, an Iranian passenger plane with 66 people on board crashed in central Iran, leaving no survivors.

The Aseman Airlines plane flying from Tehran to the southwestern city of Yasuj went down in the Zagros mountains in the Isfahan province, according to Iran's Emergency Department.

"With the wind intensifying, and with snow, rain and darkness, it is not possible for rescue and relief teams to reach high altitudes and the search operation has been postponed until tomorrow," broadcaster IRIB announced.

"Five helicopters are on alert to resume the search at dawn if the weather conditions are better."

Aseman Airlines flight EP3704 disappeared from radar 45 minutes after taking off from Tehran.

The Red Crescent said 45 teams had been deployed to the Dena mountain of Iran's southwestern Zagros range, but there was still no sign of any wreckage.

The airline said 60 passengers, including one child, were on board flight EP3704, as well as six crew.

It was the third disaster to strike Iran in recent months, after an earthquake that killed at least 620 people in Kermanshah in November and 30 Iranian sailors were lost in an oil tanker collision off China's coast last month.

Supreme leader Ayatollah Ali Khamenei sent a message of condolence, saying the news had "left our hearts overwhelmed with sadness and sorrow," according to state television.