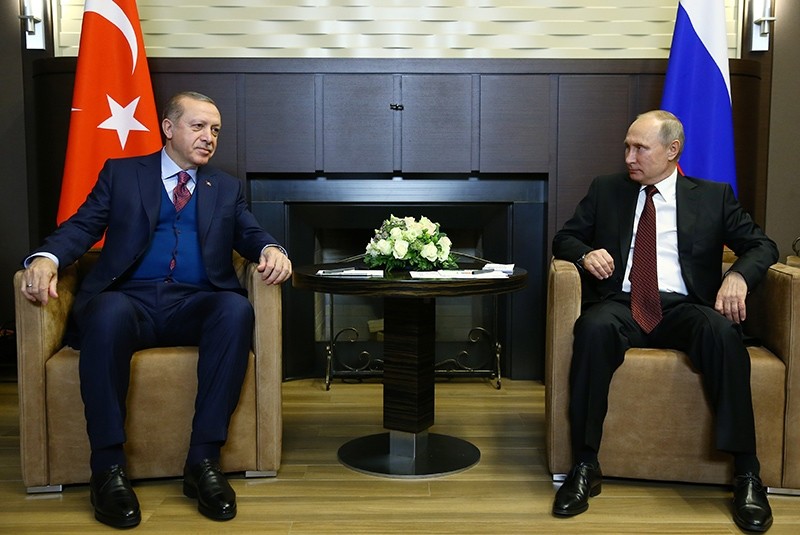 President Recep Tayyip Erdoğan discussed the situation in Syria's Afrin and Idlib with his Russian counterpart Vladimir Putin in a phone call Monday.

The phone call focused on issues regarding the so-called de-escalation zone in Idlib, including establishment of Turkish observation points across the province to monitor the ceasefire. The de-escalation agreement was agreed upon by Turkey, Russia and Iran during the Astana peace process.

Erdoğan also warned Putin that if the Assad regime enters Afrin on the YPG's side, there will be consequences.

The two presidents agreed to continue pursuing cooperation and coordination in the fight against terrorism.

Erdoğan also discussed situation in Syria's Afrin with Iranian counterpart Rouhani over the phone later on Monday after reports on deal between Assad regime and YPG.

The sources who spoke on condition of anonymity said Recep Tayyip Erdoğan and Hassan Rouhani stressed cooperation in the fight against terrorist elements.

The two leaders discussed the Astana process and the Sochi Congress regarding finding solution to Syrian issue.