Turkey's ties with Africa deeper, stronger in all areas 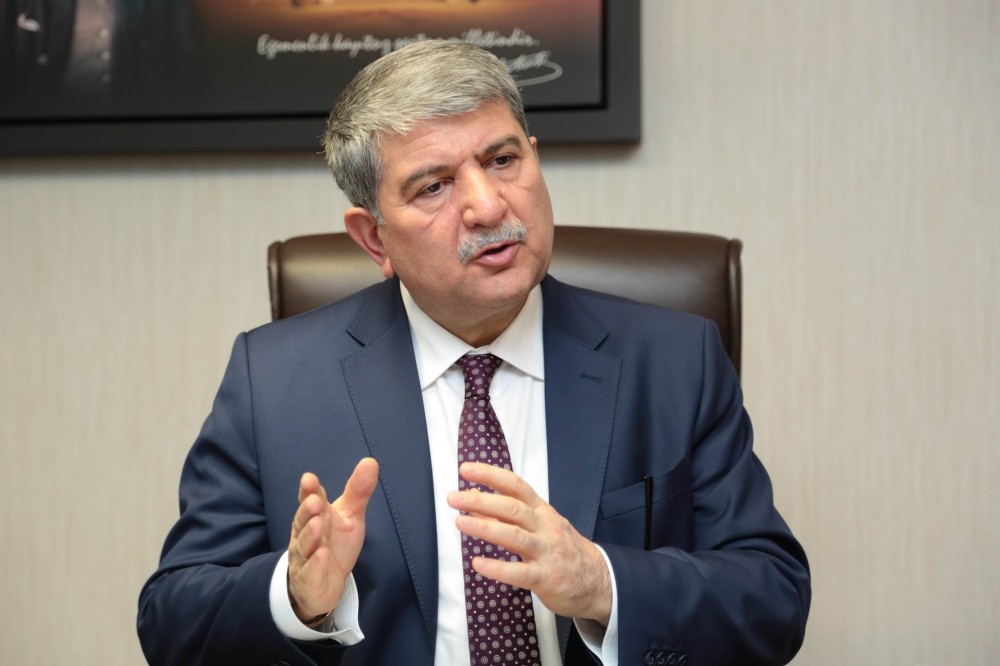 Turkey's ties with Africa deeper, stronger in all areas

"We have a couple of priorities for relations. Our political relationships will go deeper with these visits. Secondly, these countries also have big economic potential. We will try to increase our economic relationships and investment. We will encourage our businesspeople to make more economic investments. The president will also emphasize that FETÖ [Gülenist Terror Group] schools should be handed over to Turkey's Maarif Foundation. All these issues will be on the table," Torun said.

Torun said that Turkey has ramped up its interest in the continent for the past 15 years due to its historical and cultural ties with Africa, and added: "Historically, the Ottoman Empire had a relationship up to Central Africa. But then there has been an 80-year gap. We announced 2005 as the year of Africa. Since then, we have increased our relations with Africa."

The former ambassador also drew attention to the increase in the number of Turkish diplomatic missions across the continent. "We increased diplomatic relationships. We have 41 missions in Africa. Turkish Airlines flies to more than 50 destinations. Also, Turkish trade with Africa increased two to threefold. If you ask why, it is because we have cultural and historical relations. Africa also has big potential. We have a motto of win-win. We are trying to close the gap with all these issues."

Torun said that Turkey has been active in African countries through development projects and that the Turkish Cooperation and Coordination Agency (TİKA) plays a key role in this. "We have some development work with all these countries. TİKA has already completed many projects. Also, some of them will open with this visit. Ketchaoua Mosque in Algeria, school renovation project for the disabled in Mali and there is a carpet manufacturing facility for women being built in Mauritania. In Senegal there will be a social pediatric institution opening."

Explaining that Turkey's way of helping the poor in Africa changed the way of how major powers do it, Torun said that Ankara avoided bureaucracy, which paved the way for better reflection of the spending on the ground. "First of all, we avoid bureaucracy. Other countries use the U.N. system, which is much more bureaucratic, and less than 20 percent of the money reaches the poor. We directly used the money for aid."

He said that conveying the FETÖ threat to Africa will be one of Erdoğan's priorities on his visits, Torun said that relations should be further bettered to convince the countries of Ankara's position. Suggesting that annihilating FETÖ in Africa would take time, he said: "It has two reasons. One is the relationship. We have to enhance our political and diplomatic relations. There are also problems in some countries. FETÖ is acting like private investors. They should use other methods to hand them over." "It will take time in some countries. They need to be convinced that these schools will be a threat to their national security, because for them, they see it just as a school. We have to convince them that they will brainwash the children and use them against themselves," he added.

Turkey's state-run Maarif Foundation, which was established to take over FETÖ-affiliated schools around the world, has recently taken control of numerous schools previously run by FETÖ, including 32 in Africa, according to the National Education Ministry. When asked about criticism of Turkey due to the military training base in Mogadishu, Somali, Torun brushed off allegations, saying that the Turkish military is there solely to train Somali soldiers. "We were invited by the Somali government because they need it for the military. The military was dissolved in the 1990s. They have no trained officers. Our facility will benefit the Somali people," he said.

The Turkish Armed Forces (TSK) provides Somali troops with training with around 200 personnel on duty at the compound. Over 10,000 Somali soldiers will be trained as part of the understanding between the two countries. The official inauguration ceremony for the base was held on Sept. 30, with Chief of General Staff Gen. Hulusi Akar and Somali Prime Minister Hassan Ali Khayre in attendance.