Swap of Czech PKK suspects with PYD’s Muslum out of the question, Turkish justice minister says 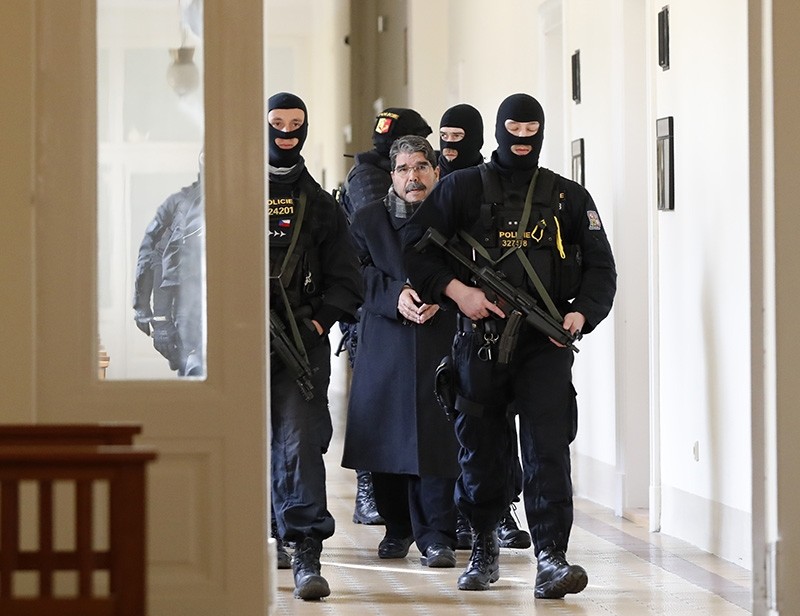 Turkish Justice Minister Abdülhamit Gül rejected Tuesday that Turkey and Czechia are in talks regarding a possible swap of two Czechs detained in Turkey for links to the PKK terrorists with Salih Muslum, former leader of the PKK's Syrian offshoot Democratic Union Party (PYD) detained Saturday in Prague.

Speaking to reporters in parliament, Gül said that he expects the Czech court in Tuesday's trial v of Muslum for 16 to 40 days, during which time Ankara can deliver its extradition request. He added if the court rules otherwise, it means the protection of a criminal.

He said that Interpol divisions of the countries cooperate with each other on the matter.

Addressing to the parliamentary group of the ruling Justice and Development Party (AK Party), Prime Minister Binali Yıldırım said that today is a test for Turkey's NATO ally Czechia, and Turkey hopes Czechs will show necessary solidarity in the fight against terror.

Yıldırım said that regardless of the outcome of the Czech court decision on Muslum's arrest and Turkey's extradition request, it is now clear that PKK leader will not be able to wander around freely in Europe any longer.

Muslum was detained in Prague on Feb. 24 upon Turkey's request, red notice and detention orders issued for a string of PKK/PYD linked deadly suicide bombings in Turkish cities, and cross-border attacks targeting Turkish cities, towns and military outpost from areas in Syria held by PYD and its armed branch People's Protection Units (YPG).

Turkey had issued arrest warrants and subsequent red notices for Muslum and 47 other PKK high-rank figures in Nov. 2016. A new red notice was issued for Muslim on Feb. 13 as he was included on the updated most wanted terrorists list with a four million Turkish lira ($1.05 million) bounty on his head.