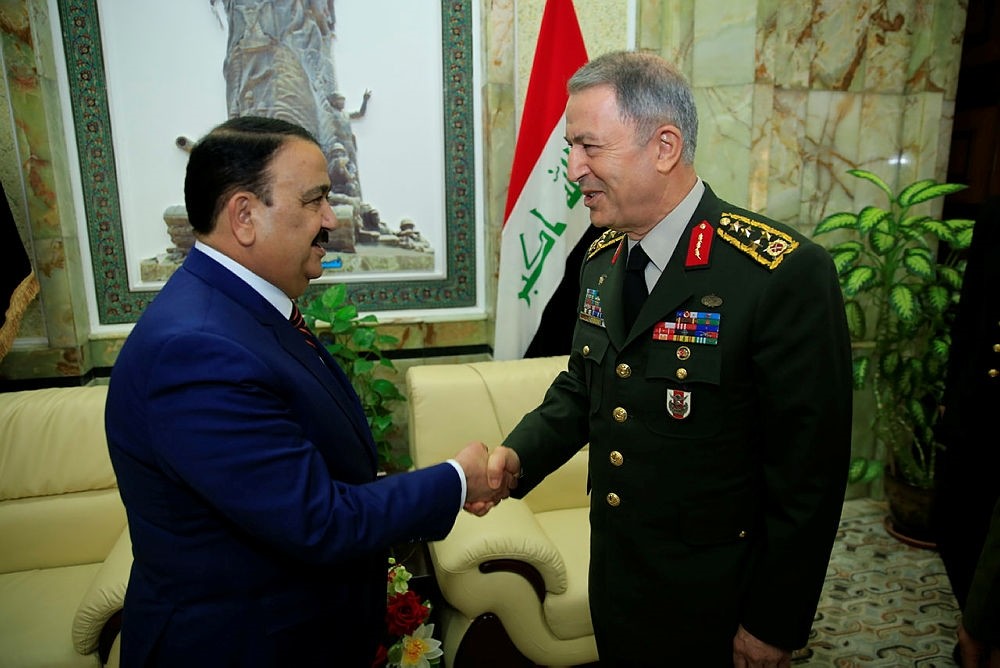 After being welcomed with an official ceremony at the Iraqi Defense Ministry in Baghdad by al-Ghanimi, Akar held a meeting with al-Hayali.

Following the meeting, delegations from Ankara and Baghdad discussed bilateral relations between the two countries.

Akar's visit comes after Turkey and Iraq pledged to strengthen cooperation in the fight against the PKK terror organization.

Back in January, Prime Minister Binali Yıldırım and his Iraqi counterpart Haidar al-Abadi held a phone call in which both sides expressed their desire to maintain recently-developed bilateral cooperation in several areas, such as the fight against Daesh and PKK terror, in addition to trade, energy, and water.