US determined to keep its word about YPG in Manbij, official says 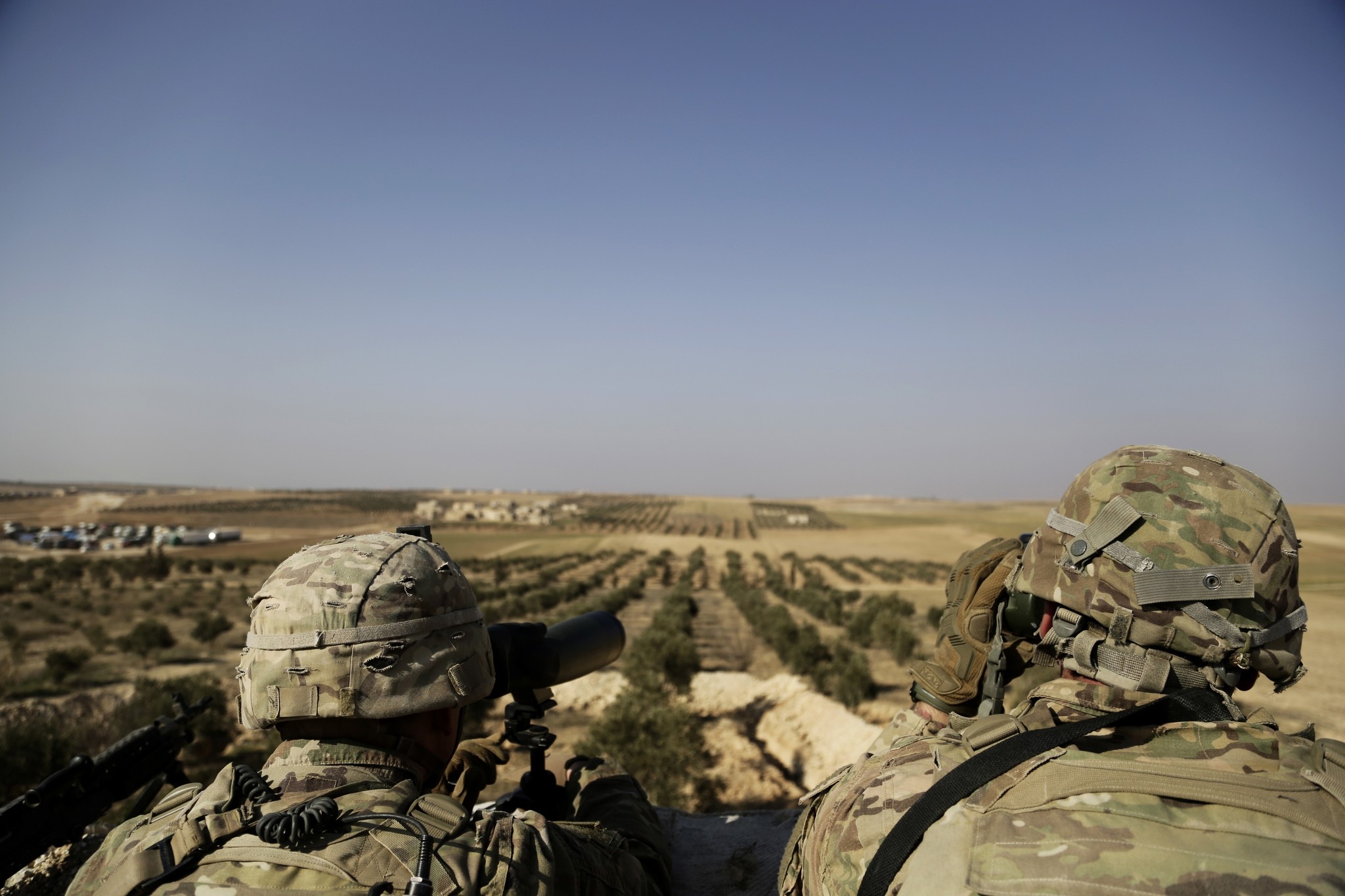 This photo shows American troops looking toward the border with Turkey from a small outpost near the town of Manbij, northern Syria (AP File Photo)
by Selva Ünal Mar 01, 2018 12:00 am

A senior U.S. official said Washington is decisive on keeping promises made to Ankara concerning the presence of the People's Protection Units (YPG) in Manbij and that the aim is to not have YPG in the town.

"We remain committed to fulfilling our commitments regarding the YPG. To working closely with our Turkish allies to ensure peace, security and stability and prosperity in northern Syria," the senior official told Sabah daily Thursday.

Strained U.S.-Turkish relations have showed a sign of normalization after U.S. National Security Advisor H.R. McMaster and Secretary of State Rex Tillerson paid official visits to Ankara last month. The U.S. support to the YPG, the Syrian affiliate of the PKK terrorist organization, has harmed ties with Turkey, leading to a loss of trust in Washington by Ankara.

"Both governments at the highest levels are committed to rebuilding trust in the relationship and are focused on the many opportunities that close cooperation between Turkey and the United States bring," the official said.

The U.S. had promised Turkey that the YPG would withdraw to west of the Euphrates during former President Barack Obama's terms, but the promise has not yet come to realization, stirring disagreements between Ankara and Washington. In addition, the U.S., under President Donald Trump, has continued to support the group militarily. Ankara considers the YPG to be a terrorist organization, but that U.S. does not and it has been supplying the group with truckloads of weapons and military equipment. Washington sees the YPG, under the Syrian Democratic Forces (SDF), as its most effective partner in fight against Daesh.

"We do not consider the YPG as an ally to the U.S. Our ally is Turkey. The goal is for Turkey and the U.S. is to jointly decide the future security arrangements for Manbij and we remain committed to fulfilling our promises regarding the YPG presence in Manbij. There needs to be some security arrangement in Manbij. Our intention is that it will not be the YPG," the official said, adding that both countries aim to establish a joint mechanism to decide on the future of security in Manbij.

As part of the new steps on the established mechanism, Foreign Minister Mevlüt Çavuşoğlu is expected to visit the U.S. in March, diplomatic sources told Daily Sabah.

"The United States has made clear from the beginning our military cooperation with the YPG, that it was a temporary tactical arrangement aimed entirely at combating Daesh. We made clear that once Daesh was defeated we had no plans for enduring military relationship with the YPG and certainly no plans for enduring political relationship with PYD [Democratic Union Party]. That has not changed. We see some military cooperation with the YPG that will involve the return of some equipment. That hasn't changed," the official said.

Turkey sees the YPG presence in northern Syria as a threat to its national security, and has vowed to clear it from the region. On Jan. 20, Turkey launched Operation Olive Branch with the Free Syrian Army (FSA) to clear the YPG from Afrin, and has said that after Afrin, it will expand the operation to areas east of the Euphrates with Manbij as the first area for an incursion.

"With regard to the Afrin operation, we respect Turkey's legitimate security needs, respect Turkey's right to ensure the safety of people in southern Turkey. We don't have people on the ground in Afrin. There are no American troops in Afrin. I certainly believe that the Turkish forces are making every effort to limit civilian casualties. We have no doubt about their efforts in that regard," the official said.

The YPG's ultimate aim is to establish an autonomous region in northern Syria by connecting the PYD's northwestern Afrin canton to its Kobani and Jazeera cantons in the northeast.

"We are committed to the unity of Syria, just as Turkey is. We think that Turkey can play an important role in the reconstruction of Syria once conditions there become more peaceful. We have no ambitions to create any sort of autonomous zones within Syria," the official continued.

Many in the U.S. have taken the YPG and PYD in Syria as the main representative of Syrian Kurds, despite documented oppression by the group in areas under its control of those critical of it. "The YPG and PYD do not represent all Kurds in Syria. There are a lot of other Kurds in Syria who deserve a voice in the future of their country," the official said.

The official highlighted that it is crucial to resolving existing problems as soon as possible, noting that some foreign powers enjoy seeing tensions between the two countries.