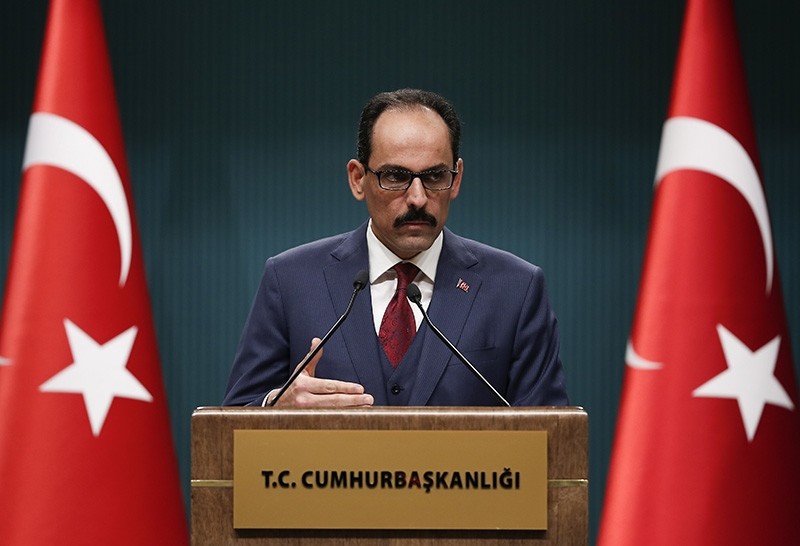 Turkey is working to increase the five-hour ceasefire in eastern Ghouta to 24 hours and President Recep Tayyip Erdoğan will discuss the situation in the besieged Syrian enclave with Iran's Rouhani on Wednesday, Presidential Spokesperson İbrahim Kalın said Wednesday.

Speaking to reporters at a news conference, Kalın said that Turkey has mobilized all efforts to get concrete results to find a solution to the humanitarian crisis in eastern Ghouta.

He highlighted that President Erdoğan is currently utilizing all diplomatic channels to find a solution in this regard.

On Tuesday, Erdoğan harshly criticized the U.N. ceasefire resolution for being ineffective, saying that it "deceives humanity."

The truce in eastern Ghouta has not been working efficiently or preventing the Assad regime from carrying out attacks on the city.

400,000 people live in the city with insufficient medical facilities and food, and the regime is free to conduct attacks or to continue blocking the delivery of international aid. Although the U.N. considers the siege and deprivation of water and food to be war crimes, there has been no successful attempt to break the siege.