Turkey, US agreed on Manbij, east of the Euphrates, FM Çavuşoğlu says 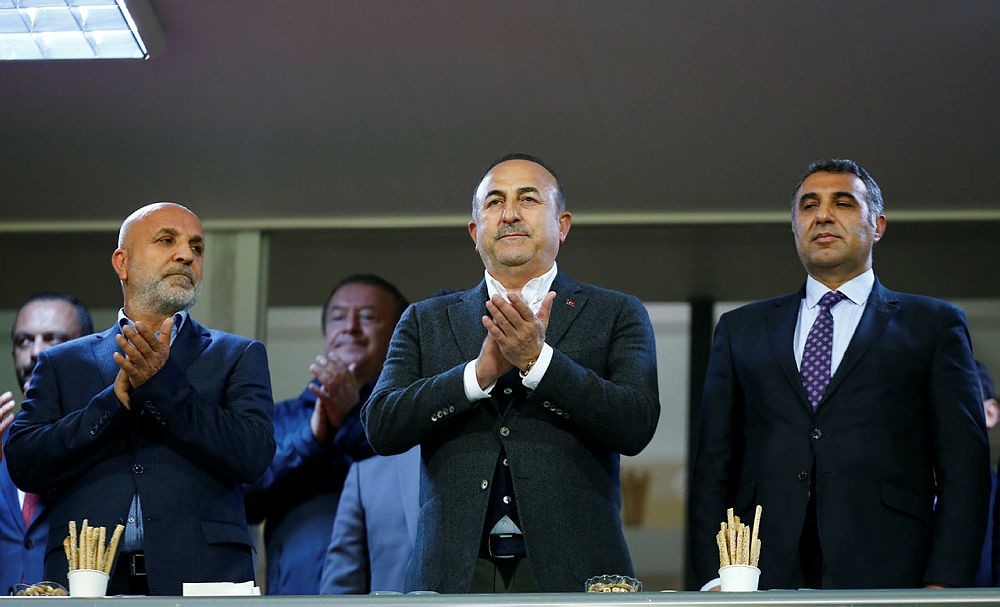 Foreign Minister Mevlüt Çavuşoğlu said on Friday that Turkey and the U.S. reached a common understanding on stabilizing Manbij and the east of Euphrates, adding that the issues will further be discussed during a meeting with U.S. Secretary of State Rex Tillerson on March 19.

"We hope that the U.S. will give up supporting terrorist organizations. They control 25 percent of the country, but the majority of people in cities [they control] are Arabs. For example Raqqa. Who controls this city? The [People's Protection Units] YPG. Nearly 350,000 Syrian Kurds driven out by the YPG continue living in Turkey," Çavuşoğlu said in an interview with German daily Die Zeit.

When asked to comment on the U.S. Senate discussing sanctions against Turkey, the foreign minister stressed Washington should not threaten Turkey.

"But if they want to punish Turkey with sanctions, then Turkey will react differently than Russia or other countries. We will answer," the foreign minister said, underlining that Turkey is a NATO ally.

"We are a founding member of NATO and have contributed much to this alliance. We are active in Afghanistan and other countries. We are one of the key allies. This is a strategic decision for us. Nobody can rule us out, it's not technically possible," Çavuşoğlu said.

Asked whether Turkey considered Russia as an ally or opponent due to its support to the Assad regime, the foreign minister said that the current situation in eastern Ghouta or Idlib violates "our principles and the agreements of Astana and Sochi."

"Therefore, we expect Russia and Iran to stop the violations of these agreements. What happens in Ghouta is a crime. Many civilians were killed, they used gas. These are the war crimes of the Syrian regime. There is an investigation into which chemical weapons they used," he added.

Çavuşoğlu also added that the "hard part" of Turkey's Operation Olive Branch in northwestern Syria's Afrin "has come to an end."

The YPG's ultimate aim is to establish an autonomous region in northern Syria by connecting the northwestern Afrin canton to the Kobani and Jazeera cantons in the northeast. As such, Turkey's operation will put a stop to establishing a autonomous region, which Ankara terms a "terror corridor."

According to the Turkish General Staff, the operation aims to establish security and stability along Turkey's borders and the region and protect Syrians from the oppression and cruelty of terrorists. The operation is being carried out under the framework of Turkey's rights based on international law, U.N. Security Council resolutions, its self-defense rights under the U.N. Charter and respect for Syria's territorial integrity.