Turkey, US officials meet 'to discuss what was agreed to' at Tillerson meeting 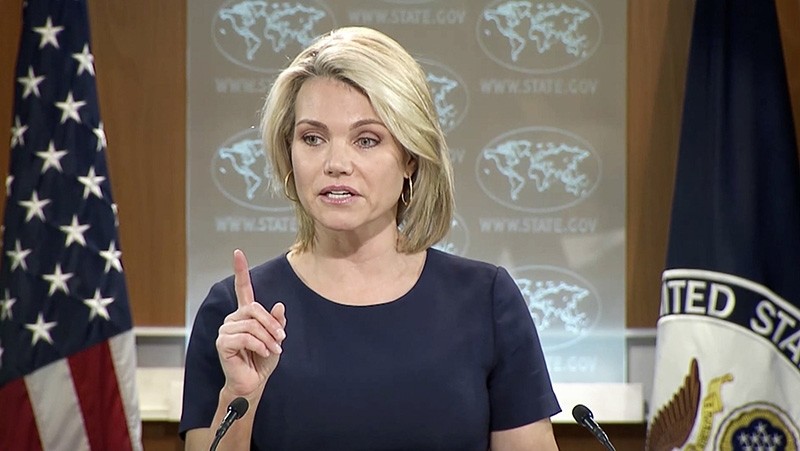 The State Department spokesperson said Thursday talks between Turkish and American officials have begun in the U.S. capital and many issues will be discussed, including Syria and Turkey's ongoing operation in Afrin.

"Today is the first day that the U.S. government and Turkish officials are meeting to discuss what was agreed to when Secretary [Rex] Tillerson met with his counterpart in Istanbul a couple weeks ago," Heather Nauert told reporters at a daily press briefing, referring to the first of the three technical committees of Turkey and the U.S., formed to solve issues between the two countries.

During the U.S. Secretary of State's visit to Turkey on Feb. 15-16, three mechanisms were established between Ankara and Washington with a view to contributing to normalizing bilateral relations and overcoming issues related to Syria, Gülenist Terror Group (FETÖ) and Iraq.

"This is an introductory meeting where we can start to hopefully work out some of these issues," Nauert added. "As you all know we have got a lot of issues to discuss. So hopefully, we can make some headway at that level today."

When asked if Washington will pressure Ankara to stop the offensive in Afrin, Nauert said it would not be a surprise if it is one of the issues.

She also noted that nearly 20 U.S. officials, led by Acting Assistant Secretary Wess Mitchell, attended the meeting, and that the department plans to release a readout about the meeting tomorrow.

According to Turkish officials, the primary agenda of the committee on Syria is Turkey's demand of clearing the PKK-affiliated People's Protection Unit's (YPG) from Manbij that lies to the west of the Euphrates River in northern Syria.

The committee on FETÖ will discuss issues related to FETÖ and also focus on the subjects of Turkey's procurement of S-400 missile system from Russia, migration and visa issues.
Last Update: Mar 09, 2018 9:38 am
RELATED TOPICS