'My dear friend Gabriel' is gone. What now? 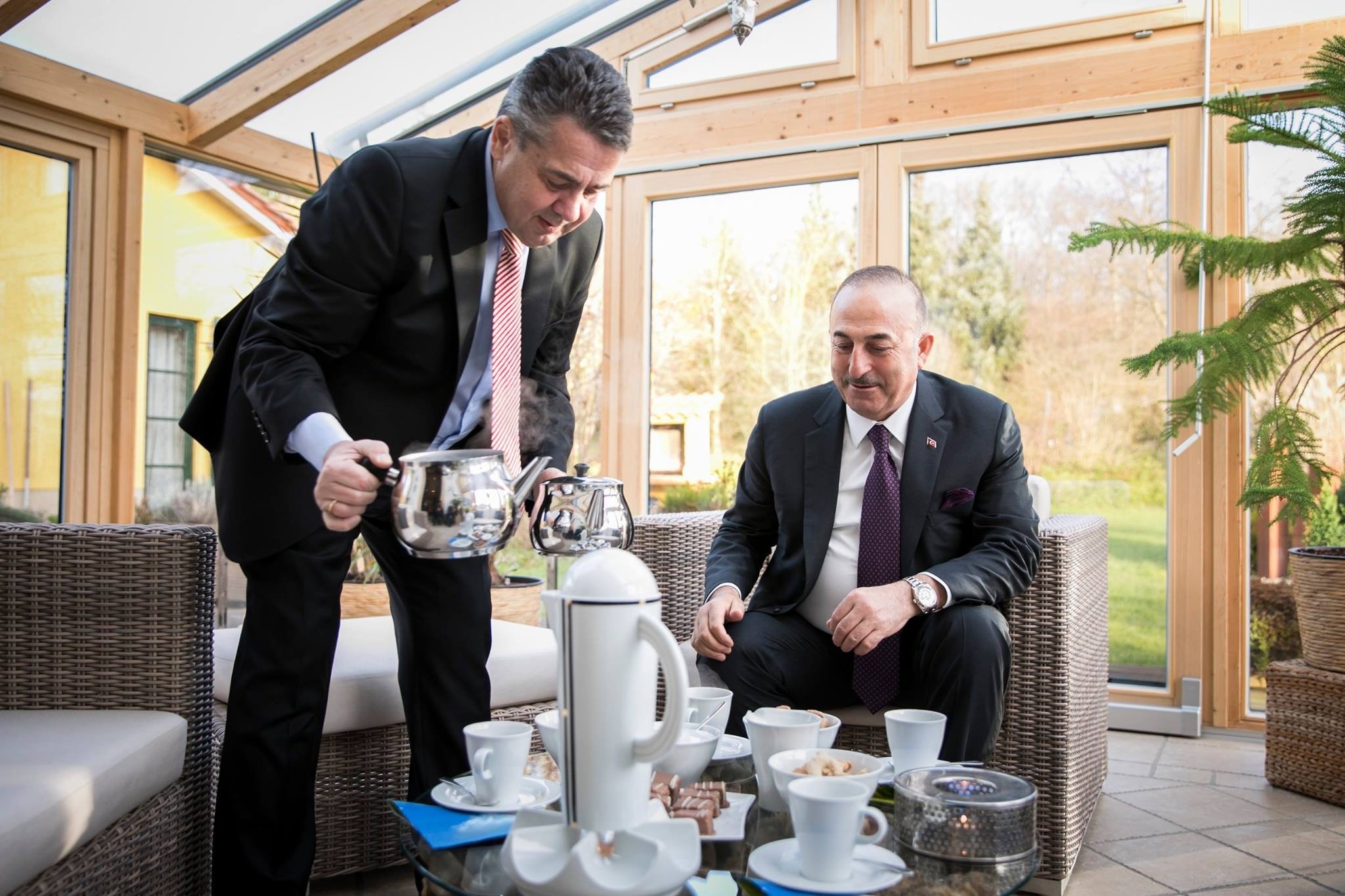 Relations between Berlin and Ankara were about to normalize with efforts from the Turkish and German foreign ministers, but as German Foreign Minister Sigmar Gabriel leaves his post, Berlin says relations will go as usual with the expected Foreign Minister Heiko Maas

The severely broken relationship between Turkey and Germany over the course of the last one-and-a-half years was unprecedented. Yet, it gave birth to a unique friendship between two politicians. Outgoing German Foreign Minister Sigmar Gabriel and his Turkish counterpart Mevlüt Çavuşoğlu are indeed a story to tell for the role they have played in picking up the pace to bring the ties back to life.

Following ultimatums, verbal scuffles, sanctions and bans from both sides, it was in November last year that Çavuşoğlu and Gabriel decided to meet face-to-face to get everything off their chests. The informal meeting in Turkey's touristic Antalya province, also Çavuşoğlu's hometown, was the start of a rocky road toward reconciliation.

Berlin said at the time that the two ministers discussed how the lost trust could be rebuilt. Germans also said it would not be easy and take quite some time. There were enough reasons for the process to take time. Several German nationals were imprisoned in Turkey, which drew great attention in Germany, and Ankara was accusing Berlin of aiding and abetting terrorists. 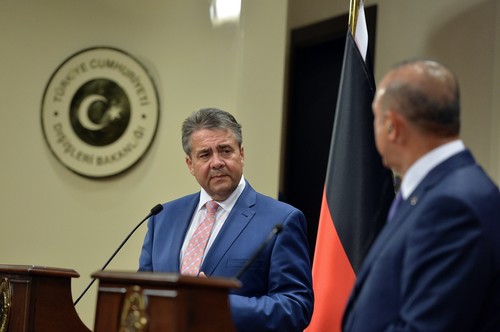 Yet, the two sides carried on. Gabriel was the caretaker foreign minister, and his days were numbered. Bearing that in mind, he dedicated himself to fixing the ties and helping bring Germans home. It would also make him more irreplaceable in the post. "Gabriel of course knows that it would be harder to oust him as foreign minister if he is successful," an article in the German magazine Der Spiegel said last month while discussing his approach at the time.

The dialogue was working. One German after another was being released, and Ankara gradually saw some steps from Berlin in the fight against terrorism. More importantly, politicians softened their tone.

Then Gabriel thought the time was right to return the favor. Çavuşoğlu was invited to his hometown, the German city of Goslar, in early January. The two ministers strolled through the city and sat for a cup of tea in classic Turkish style. Images of Gabriel pouring tea for Çavuşoğlu indeed went down in history as extraordinary. 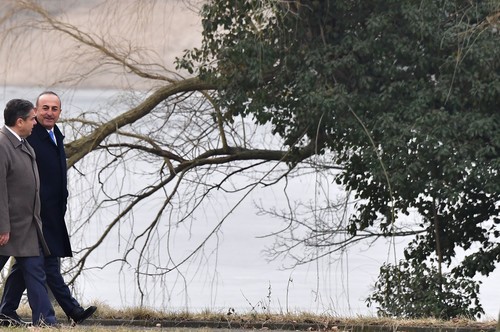 The peak in the process on Gabriel's side was undoubtedly the release of Turkish-German journalist Deniz Yücel last month. As his popularity surged back home, Gabriel did not forget his dear friend. He said he was particularly grateful to his Turkish counterpart in his first statements following Yücel's release. The German minister also came to Ankara's defense in the face of allegations that the Turkish government manipulated the judiciary. "The Turkish government has always emphasized that it would not have any political influence on the court's decision," he said.

As ties gradually moved in the right direction, Çavuşoğlu also helped his country benefit from the normalization. Turkish security sources say there is already a slightly positive trend in the joint fight against terrorist groups. The tank modernization deal between Turkish and German firms is intact. The number of German tourists is again booming, and bilateral trades are running as smoothly as ever.

Mustafa Yeneroğlu, a deputy for the ruling Justice and Development Party (AK Party) in Istanbul, sounds convinced that pursuing a bilateral policy on an equal footing would fix the issues. "We are confident with steady dialogue on equal terms and hard work, we will be able to swiftly overcome the bilateral upheavals that have arisen over the past two years."

Yet, now that the new government is ready to step in, Gabriel's fairy tale in the German Foreign Ministry is over. His intra-party turmoil with former Social Democratic Party (SPD) Chairman Martin Schulz over who should be the next foreign minister led to the end of the careers of both. The day he exploited his 4-year-old daughter's words about Schulz in the media, which were, "Dad, now you have more time with us. That's better than being with the man with the hair on his face," was inarguably his political out.

Çavuşoğlu has long called Gabriel his dear friend. Now that the friend is gone, there is a new SPD politician in the driver's seat. Justice Minister Heiko Maas is to replace Gabriel, yet his replacement raises questions about whether it will have an impact on the Turkish-German relations.

A high-level official from the German Foreign Ministry told Daily Sabah that it will be business as usual in regard to the relations between the two sides even after Gabriel's farewell. The official stressed that Berlin has a range of discussion formats in mind with Ankara, and it will fully apply to the new government and foreign minister.

Political expert Klaus Jürgens, who closely follows German politics, said he would have been happier to see Gabriel stay in the post for his pragmatism and efforts with Ankara. Yet, Jürgens is aware that Maas is now in charge. "The most important thing now is that the government in Ankara and also the large Turkish community in Germany approach Heiko Maas with open arms when he takes over this office," he said. However, Maas' track record in regard to his attitude toward Turkey portrays a gloomy picture. He thinks Turkey is not a state of law and has previously called for more pressure on Ankara and criticized Berlin for not being tough against the Turkish government. Obviously the SPD politician has been quite outspoken against Ankara.

Given the positive trend in the German Foreign Ministry toward Turkey, though, Maas may want to change his mind in the upcoming months. The ruling AK Party hopes that Maas will not reverse the promising process but help it further flourish. "In particular, we hope that the change of personnel in the foreign office will intensify and deepen the content of the path we have taken to normalize relations between Germany and Turkey," Yeneroğlu noted. The deputy also said the formation of a new government will help Berlin "actively engage in domestic and world affairs."

According to Jürgens, a heavy responsibility falls on the shoulders of Maas as well. "It would be nice if Maas met Çavuşoğlu as soon as possible. The first foreign trip to Turkey - well that would be a sign!" he said. The expert also said Maas is very well acquainted with the troubling issues between the two sides. "As a former justice minister, he knows only too well that the fight against terrorism must be global and that technical things, such as the granting of the visa-free regime, could actually be realized quickly if the political will exists," Jürgens concluded.