Manbij roadmap to be determined after US-Turkey meeting, FM says 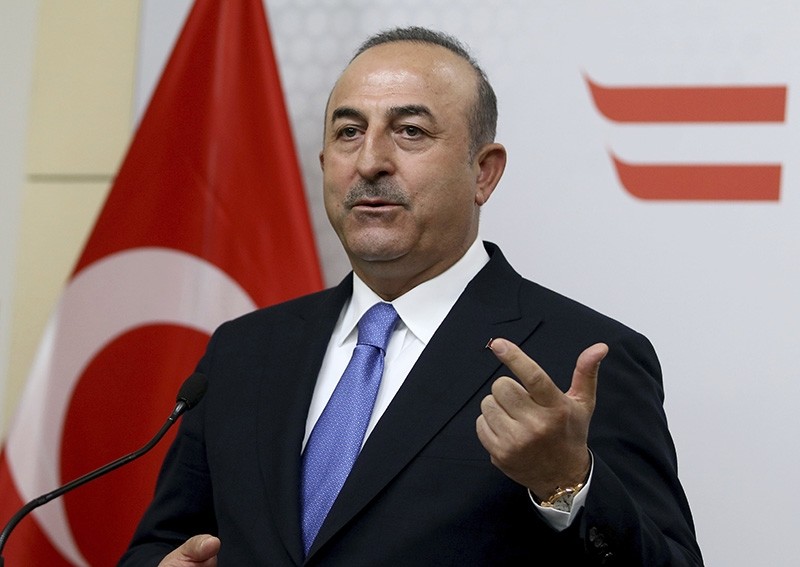 Foreign Minister Mevlu00fct u00c7avuu015fou011flu address the media after their talks with Austrian Foreign Minister Karin Kneissl at the foreign ministry in Vienna Austria (AP Photo)
by Daily Sabah Mar 13, 2018 12:00 am

The roadmap for the Turkey-U.S. talks on Syria's Manbij, which is currently held by the PKK terrorist organization's Syrian offshoot People's Protection Units (YPG) will be determined after a meeting with U.S. Secretary of State Rex Tillerson on March 19, Foreign Minister Mevlüt Çavuşoğlu said Tuesday.

Speaking to journalists on his way to Moscow to deliver a speech about Turkish foreign policy at MGIMO University, Çavuşoğlu said that the talks will discuss the withdrawal of YPG terrorists from Manbij.

He noted that Turkey and the U.S. are expected to oversee the YPG's withdrawal from the city and that Turkey will also monitor the return of weapons handed by the U.S. to the YPG-dominated Syrian Democratic Forces (SDF).

"Turkish and US troops will ensure security in Syria's Manbij after YPG/PKK terrorists leave the city," Çavuşoğlu said, adding that Turkey will carry out an operation if that fails.

He also said that Turkey had not made any demands from the Assad regime regarding Manbij.

The Syrian city of Manbij has been one of the most hotly debated topics of discussion between Turkey and the U.S. as the former considers the YPG to be the offshoot of the PKK terrorist organization, which is also recognized as such by the U.S.

Turkish officials have consistently said that Operation Olive Branch, which is currently taking place in Syria's Afrin, will continue into Manbij and have criticized the U.S. for not keeping its promises, in terms of the pledge given by the U.S. that local councils would run the cities after they were liberated, but the YPG took control in northern Syria.