Turkey-US relations do not depend on individuals, PM Yıldırım says after Tillerson exit 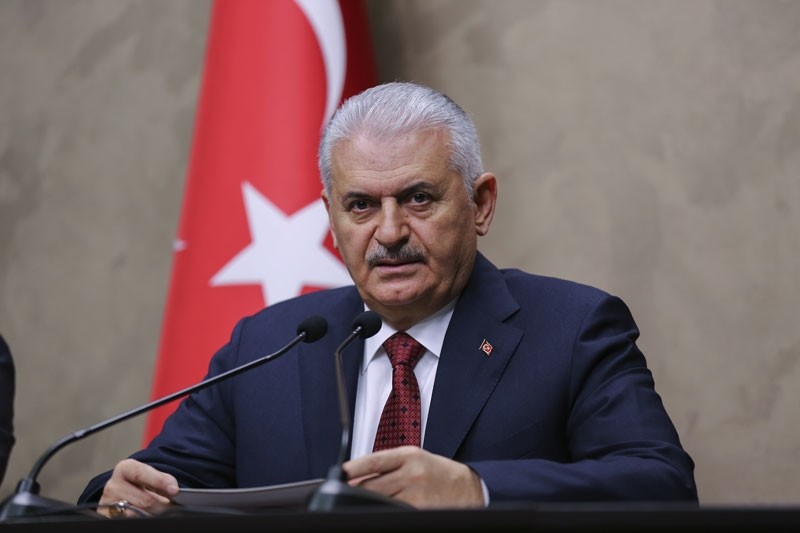 Prime Minister Binali Yıldırım said Wednesday that Turkey-U.S. relations did not depend on individuals or their personal views about Turkey, addressing worries as to whether Rex Tillerson's departure would affect relations between the two countries.

President Donald Trump on Tuesday announced CIA Director Mike Pompeo as his pick to be the country's new secretary of state, ousting Tillerson.

Speaking to the media in Ankara before leaving for Baku, Azerbaijan Binali Yıldırım said: "Whoever comes in, Turkey's stance is clear. It is not so important to us what the new secretary thinks about Turkey."

"I hope healthier relations [with the U.S.] could be developed after that," said Yıldırım.

The two NATO allies have been at odds over a wide range of political issues in recent years, with Syria and the U.S. partnership with the PKK terror group's Syrian offshoot the Democratic Union Party (PYD), its armed wing the People's Protection Forces (YPG) and the YPG-dominated Syrian Democratic Forces (SDF) being the most contentious issue.

The two countries were to hold a meeting on March 19 on their policies in northern Syria, with the SDF-held town of Manbij at the top the agenda.

Speaking at a joint press conference with his Russian counterpart Sergei Lavrov, Foreign Minister Mevlüt Çavuşoğlu stated that the meeting on March 19 with the U.S. could be postponed after Tillerson's departure and replacement with Pompeo.

Çavuşoğlu added that he and Tillerson had constructive talks despite the relations between the two countries being strained, and said he hopes to maintain a similar dialogue with Pompeo.

The White House and State Department have had a number of high-profile clashes after Tillerson took the post as America's top diplomat, including a glaring split during a dispute between Qatar and its Arab Gulf neighbors.

Trump and Tillerson have also clashed over a number of key foreign policy issues, including climate change and the nuclear deal with Iran, which he cited shortly after making his announcement on Twitter.

"We disagreed on things," Trump told reporters before heading to California. "When you look at the Iran deal, I think it's terrible, I guess he thought it was OK. I wanted to either break it or do something, and he felt a little bit differently."