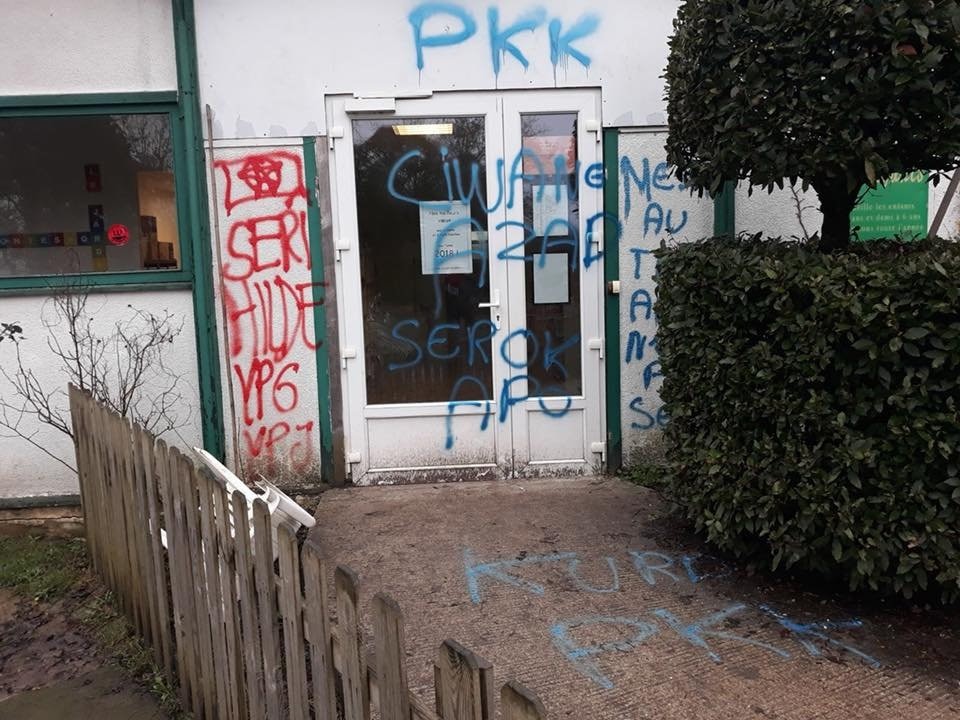 In a written statement, the embassy said the Turkish diplomats are in close cooperation with the French officials to investigate the attacks and bring perpetrators to justice.

The statement said vehicles of two Turkish citizens were set on fire on March 5 and March 10, and a cafe belonging to a citizen was attacked similarly on the night of March 11.

Also, two vehicles belonging to the president of a Turkish association that operates under the French law in the fields of women's rights, arts, culture and education also came under arson attacks on Sunday, the statement added.

"We condemn these acts of terrorism, in which members of the terrorist organization are publicly involved and blatantly sharing some of their video images."

The statement also said 352 Turkish-French friendship foundations on March 2 had signed a request to French authorities to take security measures against the illegal activities of the PKK terrorist organization, to identify the PKK members committing crimes and bring them to justice.

"These latest attacks have once again revealed the importance, correctness and enthusiasm of the historical call of our associations," it said.