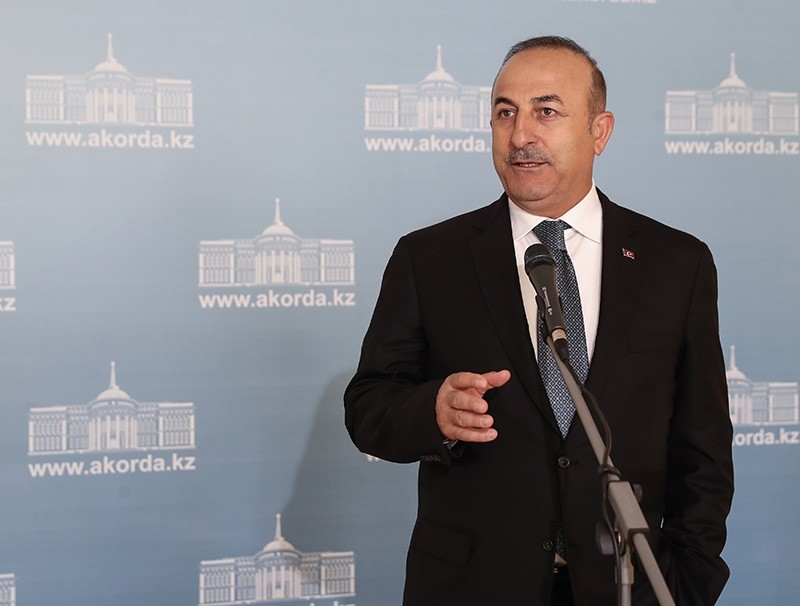 "Mike Pompeo's appointment as U.S. Secretary of State will not alter the U.S-Turkish common understanding on Manbij and east of Euphrates," Çavuşoğlu told journalists who accompanied him on his trip to Astana, Kazakstan on March 16. "Because the process started with U.S President Donald Trump's order. Trump's instructions demand the fulfilment of the promises made to Turkey. Thus, the common understanding between Turkey and the U.S will not be affected as long as Trump maintains this stance," he added.

U.S. State Department spokeswoman Heather Nauert said Thursday that no agreement has been reached yet between the U.S. and Turkey on Manbij. Clarifying the issue of whether there is an agreement, Çavuşoğlu said talks are ongoing while underlining that there is a common understanding. "We cannot talk about an agreement yet, but there is a common understanding. We would like to see concrete results," he said. '"We insist on the withdrawal of the YPG from Manbij," he added.

"Will you be the one to decide whether our security concerns are legitimate or not? Who are you?" Çavuşoğlu asked referring to the French government.

He added that, "Some left parties and PKK supporters spread propaganda and influence politics."

Touching on the ties between Turkey and the European Union, Çavuşoğlu said in the upcoming summit in Bulgaria's Varna, they would take positive steps and added that the technical issues have been discussed.

In relation to the recent tensions in the eastern Mediterranean stemming from the unilateral steps of Greek Cyprus to explore gas reserves, Çavuşoğlu said the EU has been showing solidarity to its member countries. He called for an agreement or establishing a company regarding the issue.

Answering a question about the latest developments regarding the Greek soldiers detained for crossing the Turkish border and the extradition of Gülenist Terror Group (FETÖ) members to Turkey, Çavuşoğlu said: "There was an illegal transition. An investigation is being conducted. The court will make a decision later."

He underlined that while Turkey expects the extradition of FETÖ suspects, they reply, "We have an independent judiciary, and we will wait for it to decide." The foreign minister stressed that generally Western countries present similar stances on the issue.