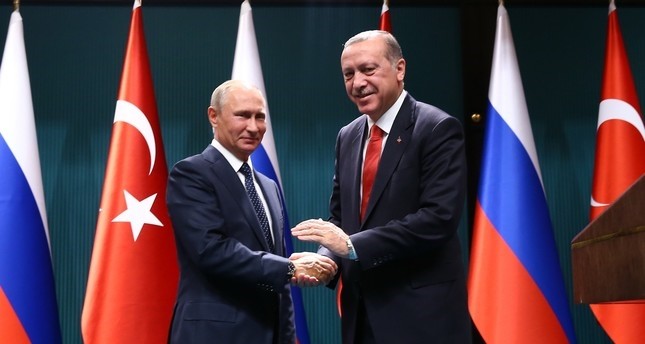 Putin won a re-election victory, extending his rule over the world's largest country for another six years at a time when his ties with the West are on a hostile trajectory. The Russian leader scored a record 76.67 percent of the vote with 99.75 percent of ballots counted.

Putin's victory will extend his total time in office until 2024, by which time he will be 71. Only Soviet dictator Josef Stalin has ruled for longer. Putin has promised to use his new term to beef up Russia's defenses against the West and raise living standards.

In the phone call, the leaders also spoke about the upcoming trilateral Syria summit in Turkey and bilateral relations between both countries.

Erdoğan and Putin also reiterated their determination to strengthen cooperation between the two countries.

The summit, backed by Turkey, Russia and Iran, was held in the Russian Black Sea city of Sochi on Jan. 29-30, in an attempt to bring all warring parties in the Syrian conflict, excluding terrorist groups, to the table to facilitate the U.N.-sponsored peace talks in Geneva.