Turkey and US have reached general agreement on Manbij: Kalın 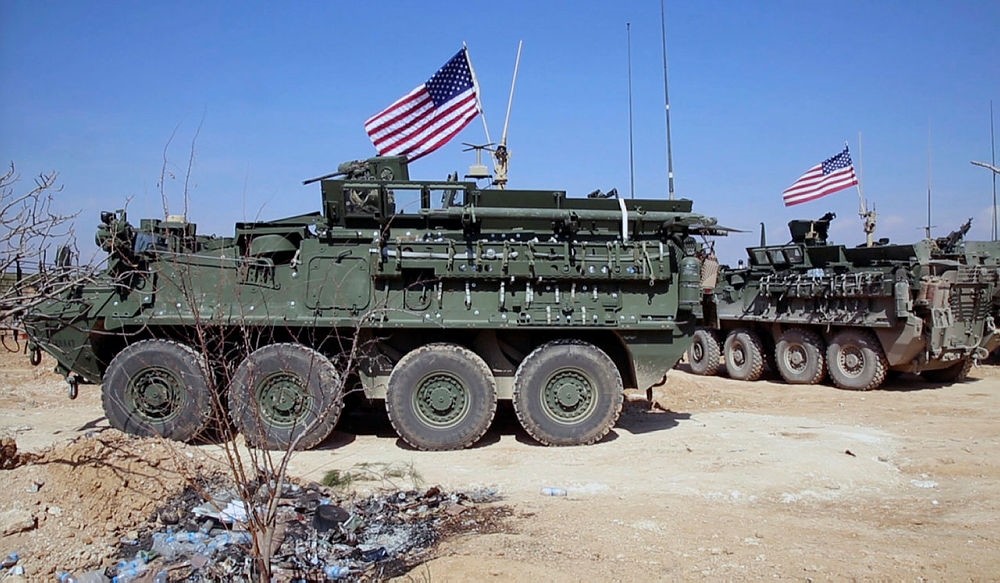 Turkey and the U.S. have reached a general agreement on Manbij and the Turkish side is now waiting for its NATO ally to implement the deal, Presidential Spokesperson İbrahim Kalın said.

Speaking to the Al Jazeera English's live broadcast on Monday to discuss the liberation of Afrin by Turkish forces and Turkey-backed Free Syrian Army (FSA) fighters, Kalın said Turkey and the United States will avoid a possible confrontation in the region if the withdrawal of the U.S.-backed People's Protection Units (YPG) forces in Manbij is actualized.

When asked about the possible effects of U.S. Secretary of State Rex Tillerson's departure from the ongoing Manbij talks, Kalın said: "Continuity in state affairs is essential. Officials may change, but key policies are expected to remain the same. We hope that the agreements we have with our American counterparts will continue."​

In response to a question on claims that there have been some looting incidents and destruction of some Kurdish symbols in Afrin during the Operation Olive Branch, Kalın said: "There might be some groups here and they may be involved in that kind of action. We take that very seriously and necessary measures will be taken to address that issue."

"We want to assure everyone in Afrin as well as those, who had to flee to Turkey, Aleppo or other places that Afrin will be a safe place for them to return," the presidential spokesman said.

Kalın noted Turkey coordinated the Operation Olive Branch with Russia, Iran and the U.S. and it has been very "transparent," from the very beginning.

The operation in Afrin aimed at stopping the YPG from establishing an autonomous region in northern Syria, connecting the PYD's northwestern Afrin canton to the Kobani and Jazeera cantons in the northeast – what Ankara calls a "terror corridor" that threatens Syria's territorial integrity and is a threat to Turkey's borders. In addition, it aims to liberate people from YPG oppression in areas under its control, a move that would enable Syrian refugees in Turkey to safely return to their country.