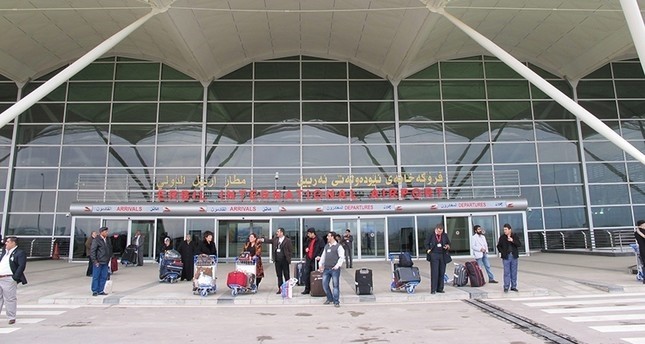 Prime Minister Yıldırım confirmed on Friday the resumption of international flights to the Kurdistan Regional Government (KRG) on Friday and the lifting of the flight ban, but said flights would only be available to Irbil at first.

Speaking to media in capital Ankara, Yıldırım said: "We had closed down our airspace following northern Iraq's referendum. We are opening our airspace as of today."

The Turkish ban on flights was imposed in October after Barzani refused to surrender authority of airports to the central government in Baghdad following a controversial independence referendum.

Tensions rose in the region when the KRG held an independence referendum on Sept. 25, 2017 and Kurds overwhelmingly voted to secede. The referendum faced sharp opposition from most regional and international actors, including Iraq's neighbors - Turkey and Iran, with many warning that it would further destabilize the already volatile region. Baghdad imposed tough measures and launched operations to take over border gates and airports in the KRG.

Yıldırım also said commercial flights would be available from either Turkey or Europe to Irbil.

"However, this is only effective for Irbil. There will be no flights to Sulaimaniyah."

On March 14, Iraqi Interior Minister Qasim al-Araji announced that a months-long federal ban on international flights into and out of KRG-held region was officially lifted.

After the controversial referendum, Iraqi forces retook the control of disputed territories, including the oil-rich city of Kirkuk that had come under KRG's control in 2014. The oil-rich Kirkuk province is cited to be among the disputed territories between the Iraqi central government and the KRG, which is defined in Article 140 of the Iraqi constitution, adopted after the U.S. invasion of Iraq and the toppling of Saddam Hussein. Accordingly, the administrative statuses of these areas were to be determined with referendums by 2007, but the referendums have not yet been held due to political turmoil in the country. During the Daesh terrorist group's advance in northwestern Iraq in June 2014, KRG forces assumed control of the city.

Baghdad also imposed a number of sanctions on Irbil, including suspending international flights to and from KRG airports. Baghdad and the KRG had been engaged in talks for months about the sanctions and Irbil's share of the budget. The government said Tuesday it had reached an agreement with the Kurds to resume Kirkuk oil exports through Turkey's Ceyhan port but gave no precise timeline.