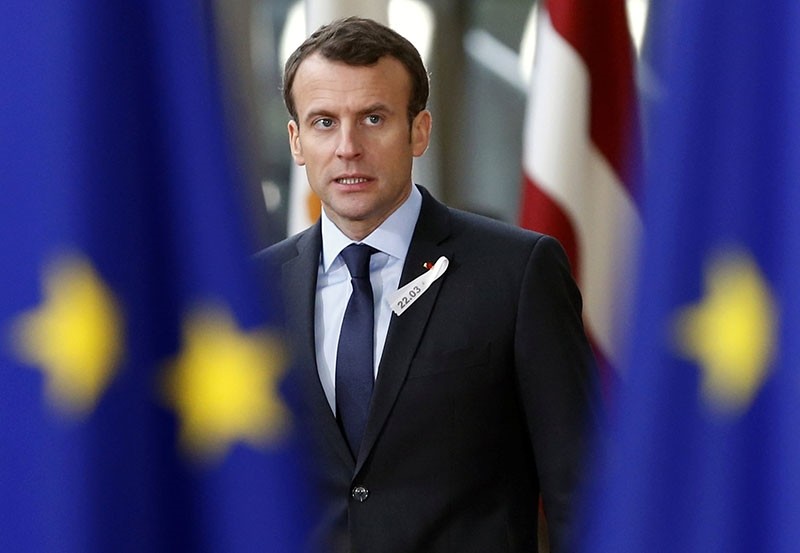 A Turkish official said Monday that French President Emmanuel Macron had invited himself to participate in the trilateral summits between Turkey, Russia, and Iran on Syria; however, his attendance was rejected by Iran.

"He wanted to be part of Sochi. From Turkey's position, it was OK, but the Iranians rejected it," the official told reporters in Istanbul, on the condition of anonymity.

Presidents of Turkey, Russia and Iran, the three guarantors of Syrian de-escalation zones, are set to meet at a trilateral summit in Ankara tomorrow.

"France wants to project its power in Syria," the official responded when asked about the possible motivation behind recent remarks coming from Paris.

In the second trilateral summit, which will be held at the presidential complex in Ankara, the recent developments in Afrin following Turkey's Operation Olive Branch, the latest situation of the de-escalation zones in Idlib, the political transition period in Syria and the incidents in Eastern Ghouta will be on the agenda.

Since Turkey, Russia and Iran launched a Syrian peace process in Astana, the three countries have held a series of summits in Russia's Black Sea city of Sochi to bring together the conflicting parties in Syria.

The move has angered Ankara, as it sees the PKK and the YPG as terrorist groups. The PKK is also recognized as a terrorist group by the European Union and the U.S.