Russia to accelarate delivery of S-400 systems to Turkey 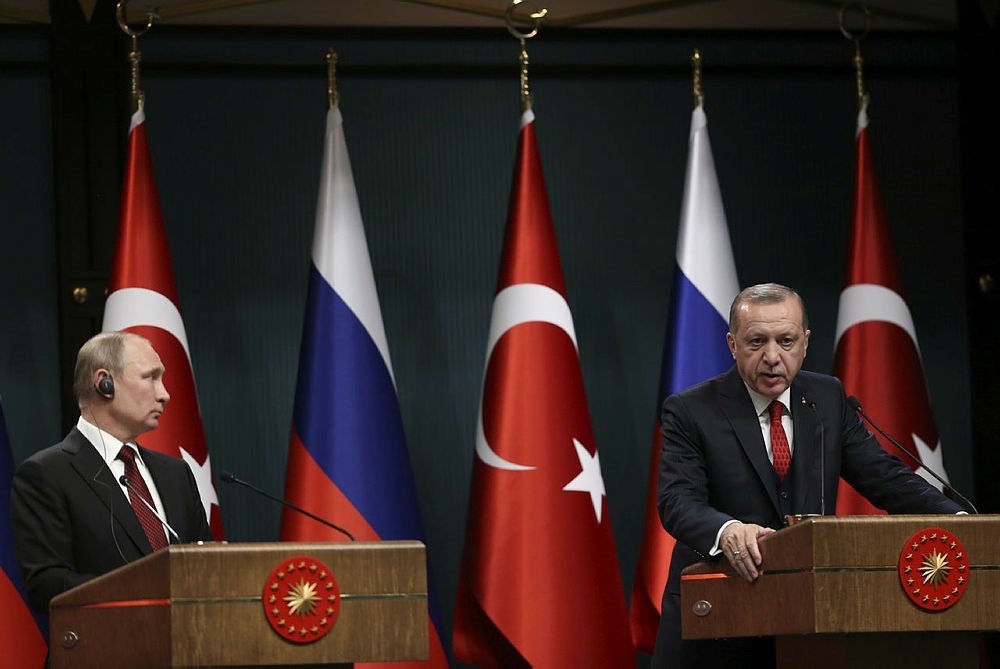 A Turkish official said late Tuesday that the delivery of Russian S-400 air defense missiles had been moved to an earlier date than previously planned, possibly in summer 2019.

President Recep Tayyip Erdoğan on Tuesday said Ankara and Moscow have finalized the deal for the purchase of S-400 missile defense systems, adding that Russia has proved its sincerity by accepting an earlier delivery date than initially planned, during a joint press conference after his meeting with Russian President Vladimir Putin in Ankara.

While neither Erdoğan nor Putin revealed an exact date for the rescheduled delivery, Undersecretary for Defense Industries İsmail Demir announced in a tweet that the delivery for the Russian-made system was moved forward to July 2019 from the first quarter of 2020.

The Russian state-run RIA news agency also reported that Putin said a contract to supply the missile systems to Turkey is a priority in military cooperation between Moscow and Ankara.

Last December, Ankara announced that it had concluded an agreement with Moscow for the purchase of two S-400 missile systems for $2.5 billion by early 2020.

The S-400s, which has been in the inventory of the Russian military since 2007, is the country's most advanced long-range, anti-aircraft missile system. It is capable of carrying three types of missiles and designed for high efficiency, can detect targets up to 600 kilometers away and eliminate threats such as stealth aircraft and ballistic missiles.

The S-400 system consists of at least one mobile operation command center, eight launchers and 32 missiles. With the purchase of the S-400s, Ankara aims to build Turkey's first long-range air and anti-missile defense system to guard against threats in the region. Turkey will be the first NATO member to acquire the system.

Since Ankara seeks to build its own missile defense system, the deal involves technology and knowledge transfer. The S-400 system is the new generation of Russian missile defense systems, and so far Russia has only sold them to China and India. Last year, both China and India signed agreements for the procurement of four regiments of the Russian-made S-400s and delivery is expected to begin in 2020.