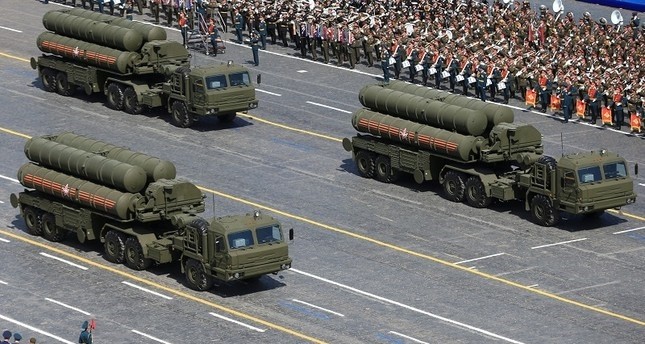 Last December, Ankara announced that it had concluded an agreement with Moscow for the purchase of two S-400 systems by early 2020 for $2.5 billion.

The S-400 system has been in the inventory of Russian military since 2007, and is its most advanced long-range, anti-aircraft missile system. The system, capable of carrying three types of missiles and designed for high efficiency, is able to detect targets up to 600 kilometers away and eliminate threats such as stealth aircraft and ballistic missiles.

The S-400 system is composed of at least one mobile operation command center, eighth launcher and 32 missiles. With the purchase of the S-400s, Ankara aims to build Turkey's first long-range air and anti-missile defense system to guard against threats in the region. Turkey will be the first NATO member to acquire the system.

Ankara also seeks to build its own missile defense system, as the deal also involves the transfer of technology and knowledge. The S-400 system, which was introduced in 2007, is the new generation of Russian missile defense systems, and so far Russia has only sold them to China and India. Last year, both China and India signed an intergovernmental agreement for the procurement of four regiments of Russian-made S-400s, and delivery is expected to begin in 2020.