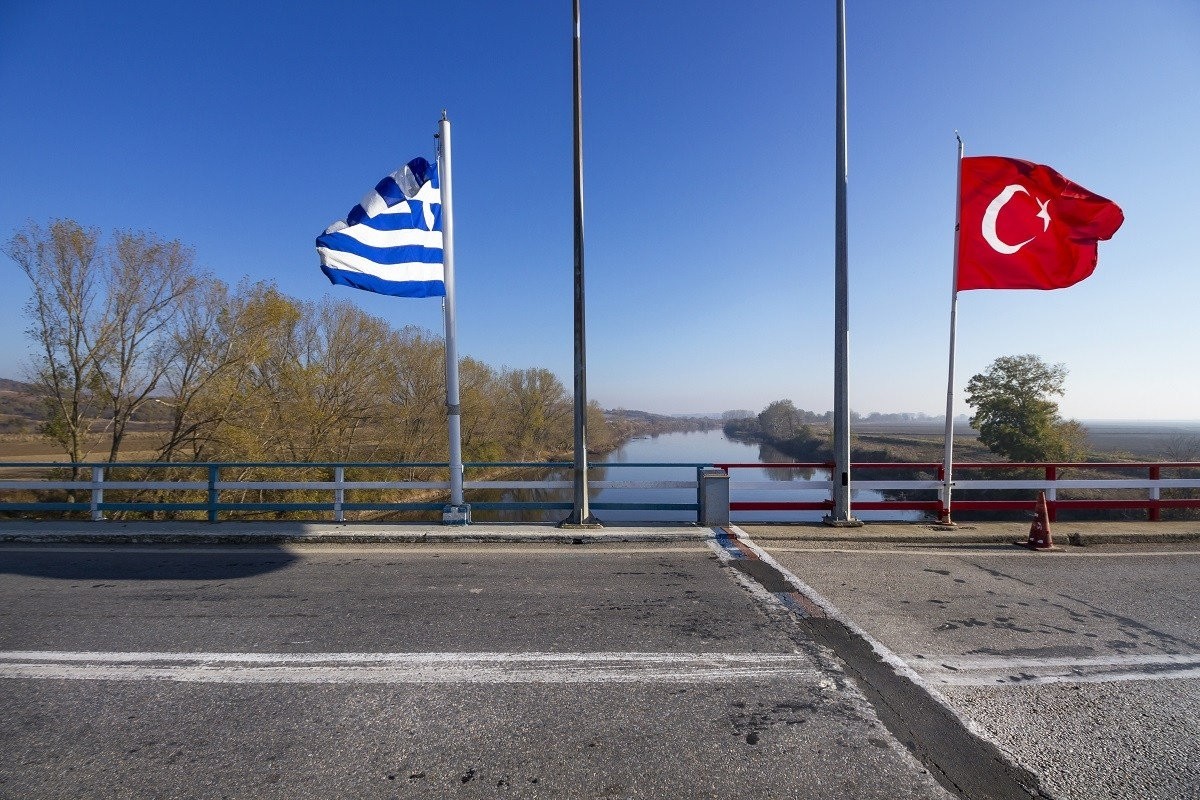 Greek Foreign Minister Nikos Kotzias said Monday a military confrontation between Turkey and Greece was not an option and problems have to be resolved diplomatically, amid strained relations between the neighboring countries over Greek soldiers detained on Turkish territory for illegally crossing the border.

Speaking to German magazine Der Spiegel, Kotzias said: "There is no alternative to peace; we must solve our problems through diplomacy, peacefully and in accordance with international law."

When asked whether Greece is sufficiently ready for an arms race with Turkey while recovering from a financial crisis, the foreign minister said that although his country does not have the same financial and infrastructural capacities as Turkey, it has an upper hand in term of purchasing defense weapons.

The Greek diplomat also said the EU cannot intervene in an armed conflict between the two countries but suggested that other countries in the region, namely Iran, Russia and Arab countries would have a reaction to such escalation.

The first quarter of 2018 has been particularly tense. Apart from the soldiers issue, the Greek Cypriots' unilateral hydrocarbon search activities is a matter of grave concern to Turkey.

On the other hand, the Greek-Turkish conflict has had broad repercussions in German media, underlining that Greece is in the wrong and has no chance against Turkey. Frankfurter Rundschau, a German newspaper, noted that the tension between the two countries has risen to a dangerous level, creating a situation that could lead to an "unwanted accident" in the Aegean.

"Entering into an arms race with Turkey is the last thing Greece may need, because defense spending is considered one of the reasons for the financial crisis after the country slowly cured itself of one," said German daily reports.