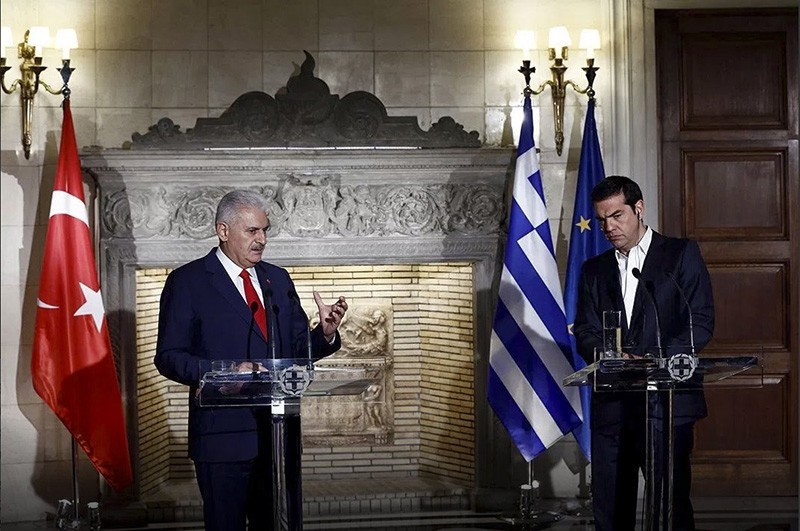 Turkey and Greece need to focus on a positive agenda in their bilateral relations, Prime Minister Binali Yıldırım told his Greek counterpart Alexis Tsipras in a phone call on Thursday.

According to the prime ministry sources, Yıldırım said the communication channels need to remain open and both sides should treat their problems in a constructive way in the conversation.

"The two prime ministers agreed to keep open channels of communication in the coming period, and to strengthen dialogue between the two countries in future," a statement from Tsipras' office said.

Yıldırım also offered condolences over the death of the pilot who was killed in a fighter jet crash earlier Thursday.

The Greek air force said pilot Georgios Baltadoros, 34, was fatally injured when his Mirage 2000-5 fell into the Aegean Sea while preparing to land "after concluding an operational mission."

The Greek armed forces will observe a three-day period of mourning over the accident, the defense ministry said.

Reports said the pilot, a father of two, may have blacked out during a combat exercise on the return home.

Patrolling has intensified in recent weeks amid a spike in tensions between Greece and Turkey and near-daily mock dogfights in disputed airspace.