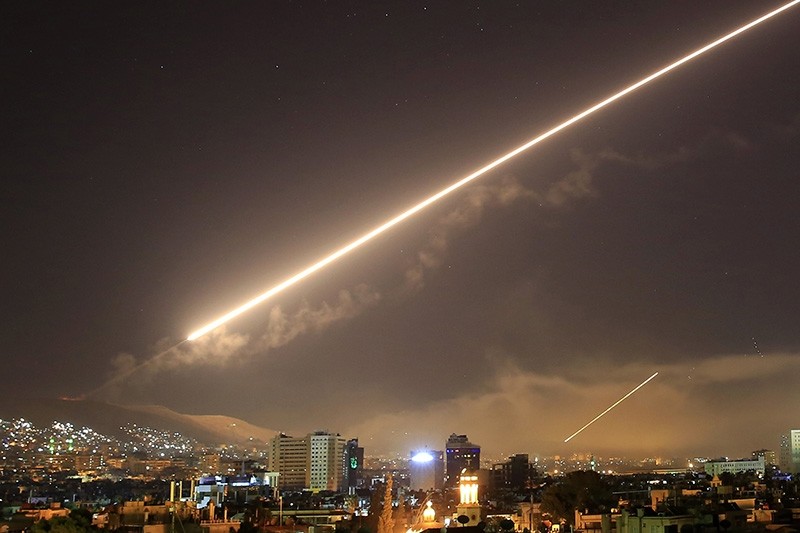 President Recep Tayyip Erdoğan called for de-escalation over Syria in a phone call with British Prime Minister Theresa May on Saturday in which the two leaders discussed the joint American, British and French air strikes targeting the Assad regime in Syria.

Erdoğan underlined that Turkey has condemned the use of chemical weapons for a long time, presidency sources said.

In the phone call, Erdoğan said that the regime's bloodshed both through chemical and conventional weapons should be ended, adding that political solution is the only way for lasting peace and calm for the Syrian people.

The president also the stressed the importance of not escalating tensions further in the region.

Turkey's stance on the air strikes has been generally positive, but almost all messages urged for a political solution, reshaping Syria's future without the regime involvement and international determination against the use of violence against civilians rather than conducting a single and limited action.

The U.S., the U.K. British and France hit Syria with air strikes early on Saturday in response to a suspected poison gas attack that killed more than 70 civilians last week, in the biggest intervention by Western powers against Syrian regime leader Bashar al-Assad.