Campaign solely for chemical weapons not enough for peace in Syria, Erdoğan says 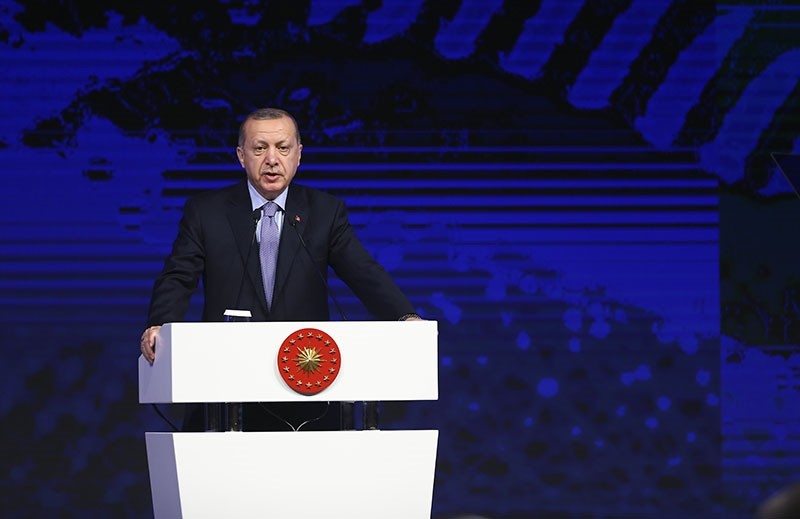 President Recep Tayyip Erdoğan on Monday criticized that joint air and missile strikes targeting the Assad regime in Syria came only after the alleged chemicals weapons use in Douma, while millions have been killed or displaced during the seven-year-long bloody conflict.

"I wonder how many people that these imperial powers taken in from Syria during process. Well, they did not take any. But Turkey harbors 3.5 million people," Erdoğan said at the Global Entrepreneurship Congress in Istanbul.

The U.S., the U.K. and France hit Syria with airstrikes early on Saturday in response to a suspected poison gas attack that killed more than 70 civilians last week, in the biggest intervention yet by Western powers against Syrian regime leader Bashar Assad.

Turkey has supported the airstrikes in Syria, and almost all messages urged for a political solution, reshaping Syria's future without regime involvement and international determination against the use of violence against civilians rather than conducting a single and limited action.

"When it comes to words, they say 'peace, peace, peace.' How is this peace? You come and strike there and then talk about peace. Let's be honest, let's be sincere. We say, come and lay the foundations of a new peace in the world together. Let's not randomly shower barrel bombs on these countries."