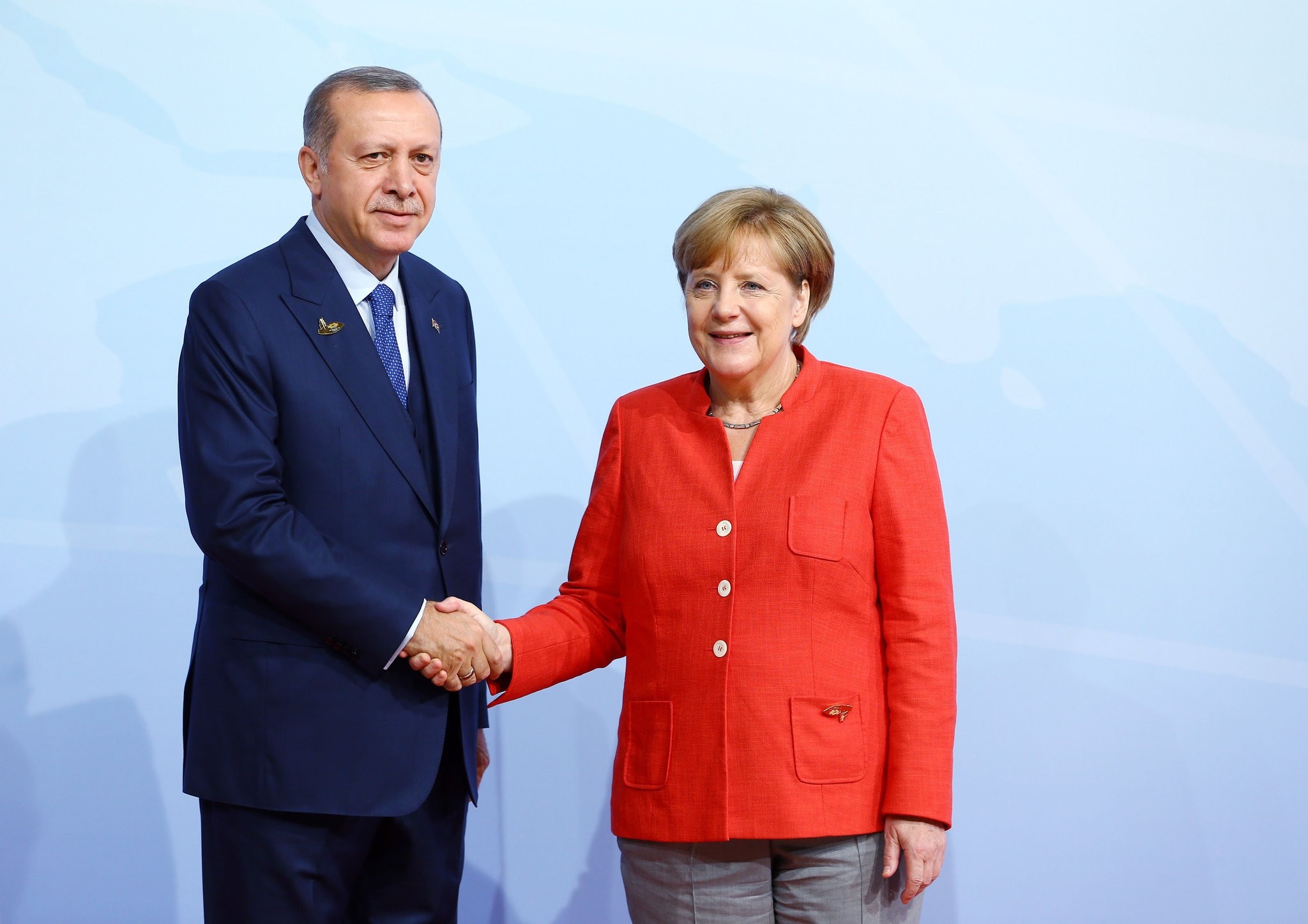 President Recep Tayyip Erdoğan and German Chancellor Angela Merkel on Monday discussed the U.S.-led strikes against Syria and the alleged chemical attack in Douma in eastern Ghouta during a phone call.

According to presidential sources, the two leaders emphasized the importance of protecting the territorial integrity of Syria and taking concrete steps toward a political solution for the seven-year crisis.

Neither Turkey nor Germany joined Saturday's strikes on Syria by their allies U.S., France and Britain but welcomed the move as "appropriate."