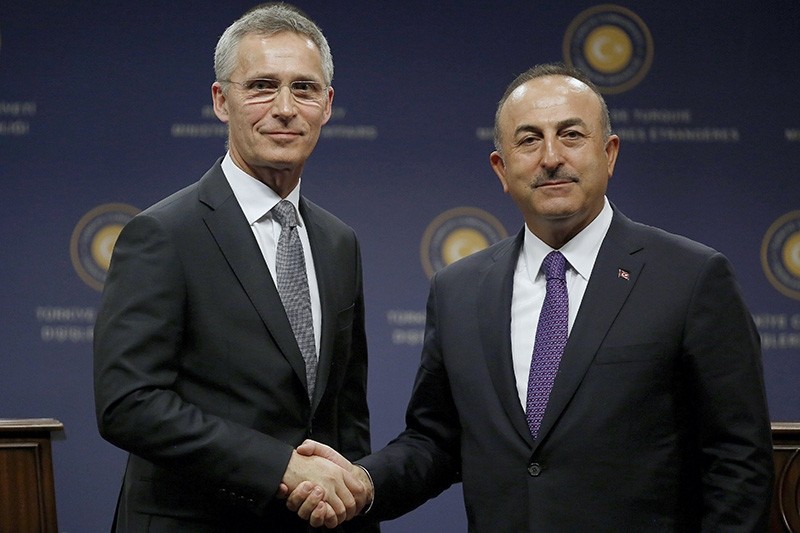 Turkey will be responsible for NATO's rapid response unit in a couple of years, NATO chief Jens Stoltenberg said Tuesday.

"I welcome the fact that for instance, Turkey in a couple of years will be responsible for VJTF, so-called Very High Readiness Joint Task Force," Secretary-General Stoltenberg told Anadolu Agency.

About the task force, he said: "NATO is ready to deploy on short notice and that is part of our adaptation to more uncertain and unpredictable security environment."

NATO created the VJTF during the 2014 Wales Summit in the U.K. as a "spearhead force" within the NATO Response Forces against risks and threats that might arise in Russia, Middle East and North Africa.

According to NATO's website, the VJTF comprises a multinational 5,000-troop brigade with up to five battalions, supported by air, maritime and special forces.

"Only fully operational, the VJTP will be supplemented by two additional brigades, as a rapid-reinforcement capability, in case of a major crisis," according to NATO.

"If activated, the force will be available to move immediately, following the first warnings and indicators of potential threats, before a crisis begins, to act as a potential deterrent to further escalation," it added.

Stoltenberg visited the capital Ankara for official talks in the wake of U.S.-led airstrikes targeting the Assad regime in Syria.

On Monday, Stoltenberg met with President Recep Tayyip Erdoğan at the presidential complex where both sides discussed regional issues, including the fight against terrorism, peace in Syria and Saturday's airstrikes targeting the Assad regime in Syria.

"[Foreign] Minister Çavuşoğlu briefed me on Operation Olive Branch, and I am grateful for Turkey's continued transparency on this," Stoltenberg said.

On March 18, Turkish-backed troops liberated Afrin town center, which had been a major hideout for the YPG/PKK since 2012.

He said Turkey has been part of NATO since it jointed in the 1950s.

"Turkey was key in deterring the Soviet Union during the Cold War," he said, adding the country has played an important role in managing crisis beyond the borders.

Turkey has expressed strong support for a training mission in Iraq that NATO plans to launch, Stoltenberg added.

"We are now in the planning process. And hopefully will be able to launch that mission at our summit in July. The details are not yet fully decided but we are planning for a training mission which will help to train Iraqi forces and officers and soldiers," he added.

"Turkey has a special role as a neighbor also knowing the region and already Turkey has worked close with the government in Baghdad and also with the Kurdish regional government."

All these experience and knowledge will be useful for NATO's training mission, he added.