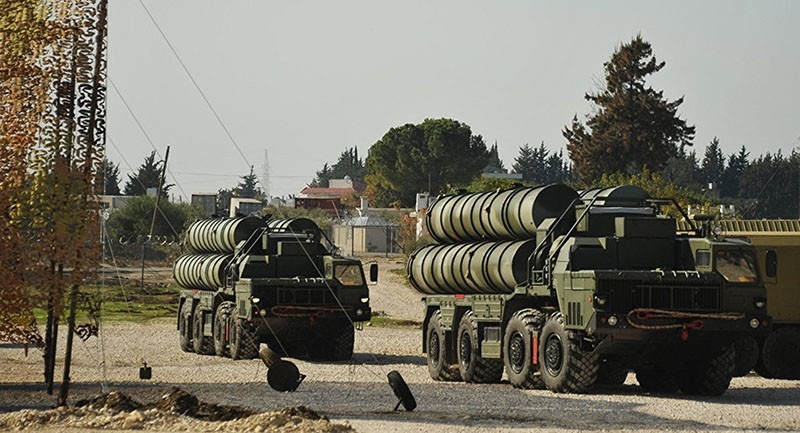 Senior U.S. officials issued a string of warnings to Ankara for Turkey's growing relations with Russia and warned of possible consequences in one particular case that involves an American pastor who has been jailed in İzmir since late 2016.

Assistant Secretary of State for European and Eurasian Affairs A. Wess Mitchell said on Wednesday that Turkey had not included the U.S. in its arrangements with the Russian military to facilitate the launch of Operation Olive Branch in Syria's Afrin province against the People's Protection Units (YPG), the militia of the Syrian PKK affiliate Democratic People's Party (PYD), and he added that this "is gravely concerning." Mitchell was testifying at the House Foreign Affairs Committee on U.S. President Donald Trump's administration's Middle East policy along with Acting Assistant Secretary of State for Near Eastern Affairs David M. Satterfield.

Mitchell said if Turkey is to purchase the Russian S-400 missile defense systems, the U.S. had been very clear with Ankara that it would have to face sanctions under the Countering America's Adversaries Through Sanctions Act (CAATSA). "We have also been very clear with regard to the consequences for potential participation in an F-35 program and more broadly our military-industrial cooperation with Turkey," he added.

Even though both Ankara and Moscow officially acknowledged that the deal has been inked long ago, experts in Washington say the U.S. State Department still assumes that it will not require sanctions until the S-400s are delivered and activated. Turkish officials previously asserted on several occasions that Turkey's decision to buy these systems were directly related to the U.S. Congress's past resistance to similar sales to Ankara. Some other observers believe the S-400 sale was mandated by the Turkish-Russian rapprochement deal in 2016.

In any case, the U.S. is still pushing for an alternative to the Russian S-400s. Last month, Principal Deputy Assistant Secretary Tina Kaidanow, who heads the Bureau of Political-Military Affairs, had a series of meetings in Ankara and proposed a deal to Turkish officials. The Habertürk daily, referencing an anonymous U.S. diplomat, in March reported that Kaidanow submitted an updated price offer as well as a letter of intention that outlines Washington's willingness to co-produce and develop missile systems with Turkey's defense industry.

Mitchell raised another issue was on Wednesday, that of the Pastor Andrew Brunson case. He declared that the State Department had been considering options for consequences for Ankara if the American pastor is not released from prison in İzmir, where he is standing trial on accusations that he had aided members of the Gülenist Terror Group (FETÖ).

"We're in close coordination, in touch with the Senate and House, in talking through some of those possible measures, but I want to underscore that we take it very seriously," he said.

This week, Trump raised his personal concerns about Brunson's case. It was slightly unusual for Trump as he has so far not been tweeting about the Turkish government, even after the Turkey-led the U.N. resolution against his decision to move the U.S. Embassy in Israel to Jerusalem.

"Pastor Andrew Brunson, a fine gentleman and Christian leader in the United States, is on trial and being persecuted in Turkey for no reason. They call him a Spy, but I am more a Spy than he is. Hopefully he will be allowed to come home to his beautiful family where he belongs!" Trump tweeted on Tuesday.

Trump's rather soft tone against Ankara, along with another weak State Department statement on the issue, triggered speculations that a back-door deal might have been in the making. A Turkish court ordered Brunson to continue to be held in prison and scheduled another hearing in May, which coincides with Turkish banker Mehmet Hakan Atilla's sentencing in New York. Atilla, a former deputy CEO of Turkish state-owned Halkbank, was found guilty for violating U.S. sanctions on Iran.