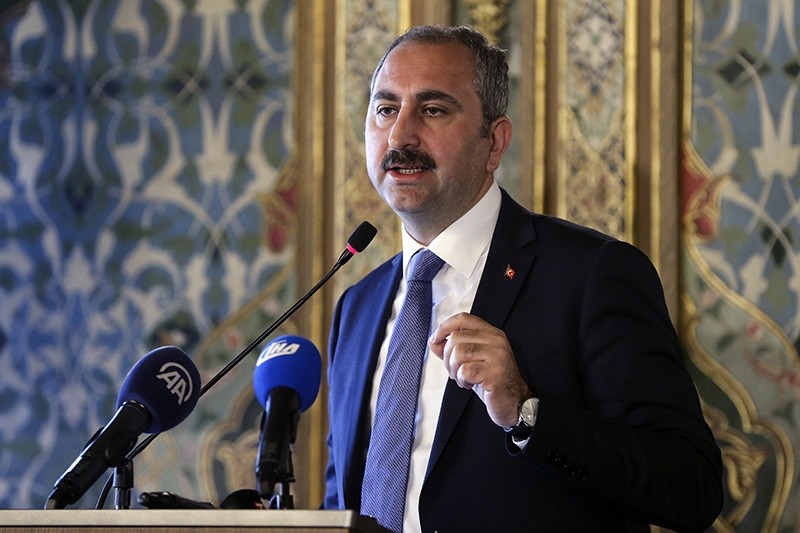 Justice Minister Abdulhamit Gül said Saturday that Greece has been a safe haven for criminals who fled Turkey after the defeated coup attempt in 2016.

In a letter to his Greek counterpart Stavros Kontonis, Gül criticized a Greek court order releasing one of eight fugitive ex-soldiers accused of involvement in the July 15, 2016 defeated coup.

The eight ex-soldiers fled to Greece in a helicopter they stole just after the defeated coup attempt by the Gülenist Terror Group (FETÖ), which killed 250 people and injured 2,200 others, he recounted.

Gül said Greece repeatedly refused to extradite the ex-soldiers to Turkey and that the court order to release one upset Turkey.

The justice minister also said Greece had condemned the defeated coup attempt against Turkey's democratically elected government but afterwards had taken to sheltering and protecting the terrorists responsible, casting a shadow over Turkish-Greek solidarity.

Over the past two years, terrorists illegally fled to Greece to escape justice in Turkey, he added.

"Greece became a gathering place for criminals," Gül said, adding that the coup-plotters in Greece should be extradited to Turkey as soon as possible.

The eight fugitive ex-soldiers in Greece are accused by Turkish authorities of being coup-plotters and FETÖ members.

"Not releasing them means that Greece is encouraging coup-plotters," Çelik wrote on Twitter.

"Protecting these terrorists is being an accomplice to this crime."

On Thursday, the Greek Council of State -- the nation's highest administrative court -- ordered the release of ex-Turkish soldier Süleyman Özkaynakçı under judicial control.