US senators move to prevent sale of F35 aircraft to Turkey over pastor, rapprochement with Russia 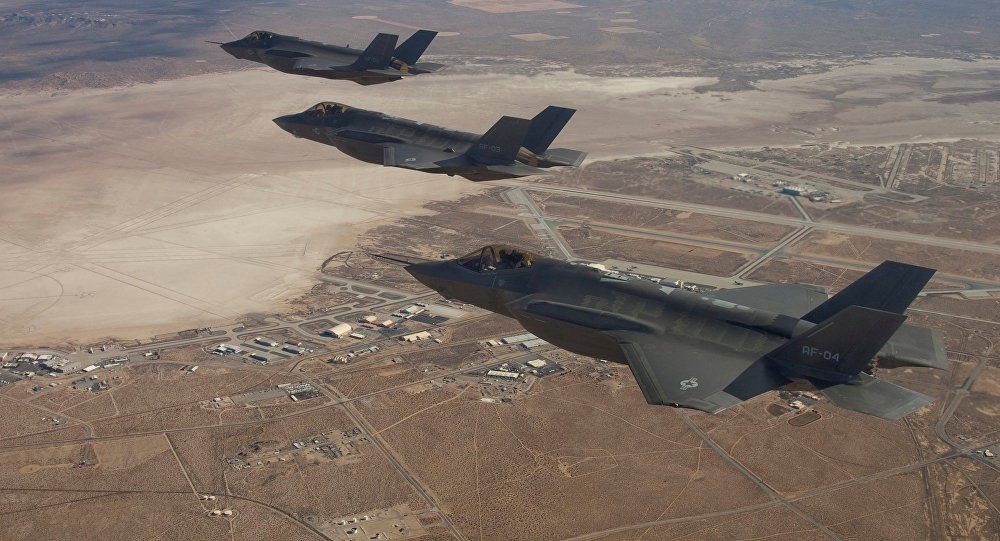 US senators move to prevent sale of F35 aircraft to Turkey over pastor, rapprochement with Russia

Three U.S. senators moved Thursday to block Lockheed Martin F-35 Lightning II fighter jets from being delivered to Turkey, a NATO ally and one of nine partner nations involved in the production of this high-tech, stealth aircraft.

Sens. James Lankford, Jeanne Shaheen and Thom Tillis, in a statement, expressed their concerns that President Recep Tayyip Erdoğan had embarked on a "path of reckless governance and disregard for the rule of law."

"Turkey's strategic decisions regrettably fall more and more out of line with, and at times in contrast to, U.S. interests. These factors make the transfer of sensitive F-35 technology and cutting-edge capabilities to Erdoğan's regime increasingly risky," Lankford said.

The senators also voiced concern about the imprisoned American pastor Andrew Craig Brunson, held on charges of espionage and aiding the PKK and Gülenist Terror Group (FETÖ). Brunson is accused of committing crimes on behalf of FETÖ and the PKK and of obtaining classified state information for political and military purposes, facing up to 15 and 20 years in jail, respectively.

Turkey ordered the first two F-35 jets for the projected fleet of 100 F-35A aircraft in 2014 and plans to deploy the aircraft by 2019. The F-35s will replace the aging fleet of F-4s and F-16s. Turkey is indeed a significant party to the project. On Dec. 12 last year, the Pentagon said that Italy and Turkey would provide the initial heavy maintenance for the F-35 fighter jets and their engines in Europe from 2018.

The proposed bill, however, looks to restrict the transfer of F-35s to Turkey and limit Ankara from receiving intellectual property or technical data needed to maintain and support the fighters. It would allow the U.S. president to waive the restrictions by certifying Turkey is not taking steps that would undermine NATO security and not wrongfully detain U.S. citizens.

Ankara has previously slammed plans to block Turkey's role in the making of the F-35s. Parliamentary Foreign Affairs Committee Head Volkan Bozkır said last month that the U.S. has been threatening Turkey with a move regarding the F-35 deal if Turkey purchased S-400 missile defense systems from Russia.

"There cannot be such thing that we will cancel the F-35 planes if you do not buy Patriots. There can be no conditions like we will sell you the Patriots, do not buy the S-400s either," Bozkır said, adding that Turkey can buy defense systems from wherever it sees fit.