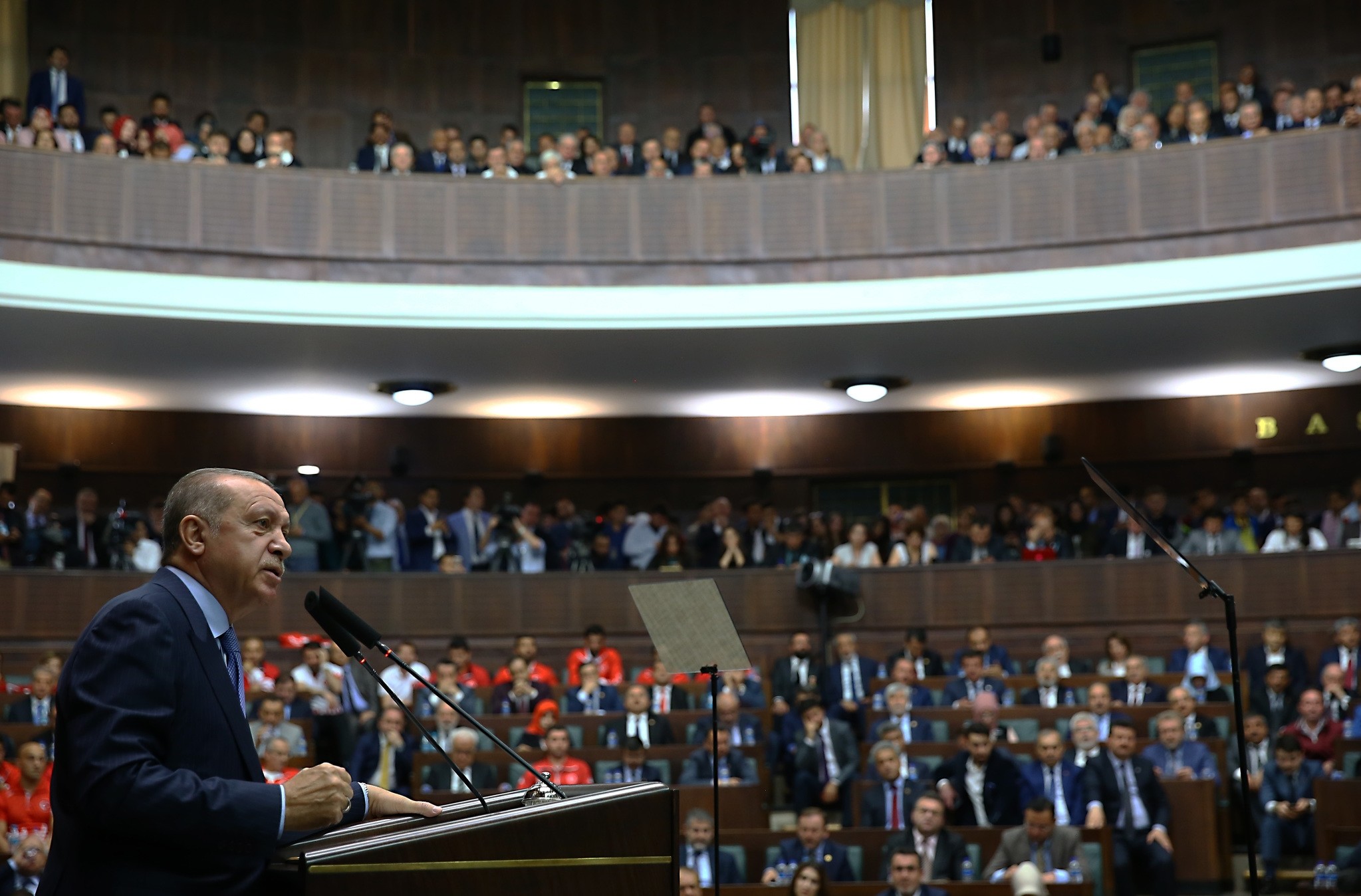 President Recep Tayyip Erdoğan on Tuesday lashed out at a French proposal to remove some verses from the Quran, saying the move directly targets Muslims' sacred values.

Speaking at his ruling Justice and Development (AK) Party's parliamentary group meeting in Ankara, Erdoğan said those who claim that the holy book includes violence would want to ban the Bible or Torah if they had read their own holy books.

"We will not stoop to your level and attack your holy values while you are attacking ours, but we will undermine you."

The president said the so-called concerns over the language of the Quran were not genuine but signs of Islamophobia, racism and xenophobia.

Erdoğan was responding to a manifesto signed by French actor Gerard Depardieu, former President Nicolas Sarkozy, former Prime Minister Manuel Valls and others blaming radicalism for a "new anti-Semitism." The manifesto urged Muslims to denounce certain verses in Quran that they deem to be anti-Semitic and anti-Christian.

Speaking in Ankara for the inauguration ceremony of 250 historic buildings of Islamic waqfs, Prime Minister Binali Yıldırım said: "The declaration released by signatures of 300 impertinent people in France is a manifesto of ignorance."

"The so-called French intellectuals have claimed that our holy book allows violence. This action is a dishonorable provocation," Yıldırım added.

Addressing his fellow party members at the CHP parliamentary group meeting on Tuesday, Kılıçdaroğlu said: "It is not the Quran that is outdated but you are. All world accepts the fact that Islam is a religion of peace."

The Turkish Directorate of Religious Affairs also slammed the proposal, saying it is "out of line."

The directorate issued a written statement blasting the French proposal, which took the form of a manifesto signed by 300 French authors and politicians, saying that the signatories "are the Western versions of Daesh" terrorists, suggesting that they too have distorted Islam.

It said that certain groups in France have started a smear campaign against the holy book of Muslims, rejecting the call as "provocative."

"It is disrespectful for the group, which adopts this understanding, to propose the removal of some verses from the Quran with an attitude that is out of line," the statement said, stressing that misinterpreting the Quranic verses in a context-free manner cannot be approved, neither scientifically nor morally.