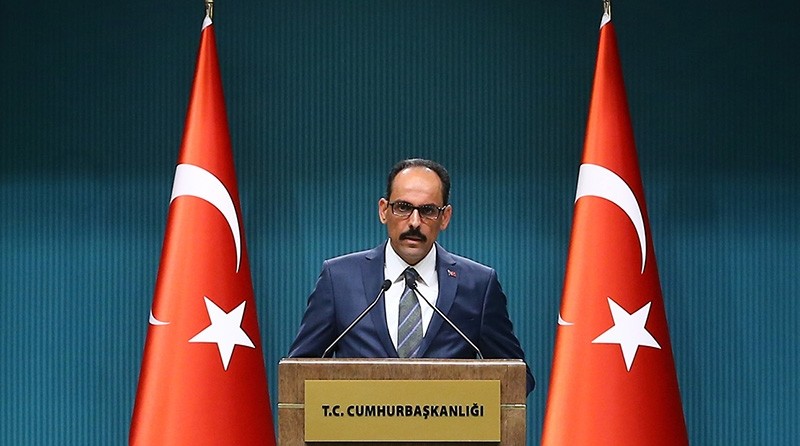 Turkey will closely monitor the new sanctions to be imposed by the U.S. against Iran, Presidential Spokesperson Ibrahim Kalın said Wednesday, as he reiterated Ankara's disapproval of the U.S. decision to withdraw from a 2015 nuclear deal with Iran.

Speaking to reporters at a news conference at the Presidential Complex in Ankara, Kalın said that the U.S. sanctions to be imposed on Iran have a direct impact on Europe and Turkey.

"We do not wish Iranian people to be negatively affected by these sanctions and we won't hesitate to do our part if we're to do something about them," he said.

The top presidential aide also noted that the U.S. decision puts the region's stability at risk, threatening to create more tension and conflict.

"The unilateral cancellation of an agreement reached after long negotiations and comprehensive diplomatic initiatives discredits the U.S.," Kalın said, adding that Turkey is in favor of maintaining the agreement and is concerned about the U.S.' unilateral withdrawal.

Kalın also criticized the recent French initiative to take out some verses from the Quran allegedly for containing anti-Semitic rhetoric.

"The source of anti-Semitism is not Islam or Muslims, it stems from the rise of far-right movements in Europe," Kalın said.