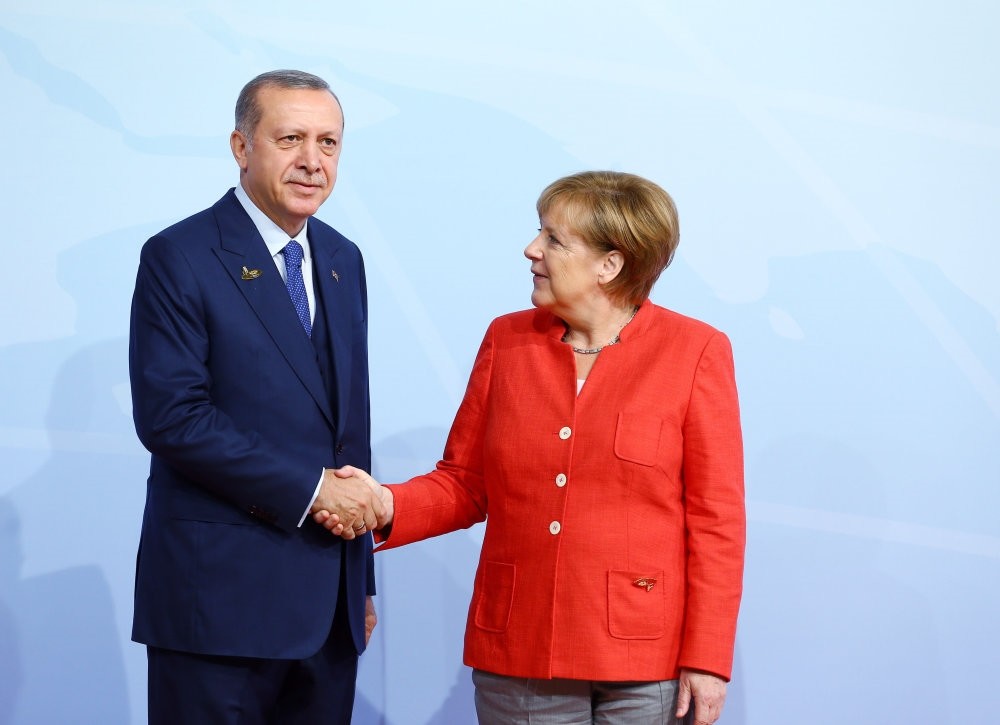 German Chancellor Angela Merkel's obsession for Turkish politics has surfaced once again as she is overly concerned with President Recep Tayyip Erdoğan's upcoming rally in Bosnia-Herzegovina and felt the urge to ask the country's leaders about the issue.

The members of Bosnia-Herzegovina's tripartite presidency, Bakir Izetbegovic, Dragan Covic and Mladen Ivanic, met with Merkel upon her invitation Wednesday in Berlin.

The ruling Justice and Development Party (AK Party) will organize a large election rally in Bosnia-Herzegovina's capital of Sarajevo for its European-Turkish supporters. The media in Bosnia-Herzegovina has confirmed that the venue where the event is to take place has already been booked.

Bosniak members of the country's tripartite presidency and leader of the Party of Democratic Action (SDA) Izetbegovic said there is no reason for concern regarding Erdoğan's upcoming rally in Sarajevo, according to local media.

He confirmed that Erdoğan will arrive in Bosnia-Herzegovina and that he himself will also attend the gathering. Izetbegovic said Erdoğan's visit could also be beneficial for his country.

"I don't see why the visit should be controversial in Germany. Merkel and Erdoğan are not bosses in Bosnia-Herzegovina, and they are both welcome," he continued.

Some EU states have previously banned Turkish politicians from holding election campaigns in their countries despite the presence of large electoral bases for Turkish parties. Ankara criticized the decision saying it is against the democratic rights of European Turks living in EU countries. Earlier in April, German Foreign Minister Heiko Maas announced that his country would not allow Turkish politicians to carry out election campaign rallies ahead of the upcoming June 24 elections.

In March last year, then Justice Minister Bekir Bozdağ and Economy Minister Nihat Zeybekci were prevented from holding meetings in Germany prior to the April 16, 2017 constitutional referendum. Various German towns and local administrations imposed similar bans on "Yes" campaign meetings, including those of the Union of European Turkish Democrats (UETD), which is registered in Germany.