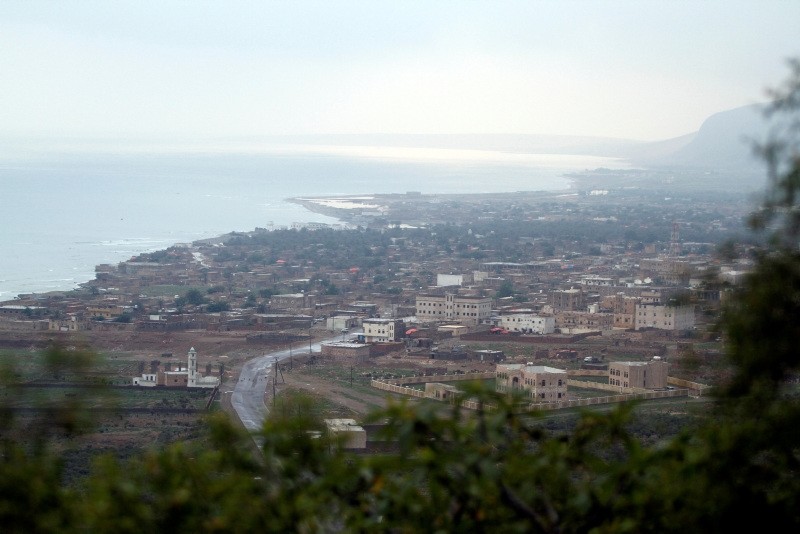 Turkey on Friday expressed concern over the situation on Yemen's Arabian Sea island of Socotra after the Yemeni government said the United Arab Emirates deployed troops there without informing Sanaa first.

The Yemeni government said earlier this month the UAE had sent forces to Socotra, which has been spared the violence that has ravaged mainland Yemen, without telling President Abed Rabbo Mansour Hadi.

"We are closely following the recent developments in Yemen's Socotra Island," the Turkish foreign ministry said in a statement, without explicitly referring to the UAE.

"We are concerned about these developments that pose a new threat to the territorial integrity and sovereignty of Yemen," it added.

The UAE and its ally Saudi Arabia have backed the government of Hadi -- which controls Socotra -- in the civil war against Iranian-backed Houthi rebels.

Tensions have mounted between Yemen and the UAE since last week, when the latter sent a military force to Socotra without prior coordination with the Yemeni government, which since 2015 has been based in the coastal city of Aden.

Analysts told AFP that Abu Dhabi has recently taken its distance from Hadi, with the UAE backing separatists who took control of the south from Hadi in January.

The UAE foreign ministry blamed the Yemeni government's claims over the deployment of the troops on "a long and repeated series of attempts to distort the role of the UAE."

But Yemeni Prime Minister Ahmed bin Dagher said dozens of Emirati troops as well as tanks and armored vehicles had landed on the island on April 30.

The Yemeni government said the UAE force had seized control of the Socotra airport and port once they were deployed, in a move that the government described as "unjustified".

In 2015, Saudi Arabia and its Sunni-Arab allies -- who accuse the Houthis of serving as an Iranian proxy -- launched a massive military campaign against the rebels.

The Yemen war has claimed nearly 10,000 lives since Riyadh and Abu Dhabi joined the conflict in March 2015, triggering what the United Nations has called the world's worst humanitarian crisis.

"We think that Yemen, which has already been going through a very difficult period due to the ongoing conflict over the past three years, cannot afford new problems and disputes. In this regard, we call on all relevant actors to respect the legitimate Yemeni government and to avoid steps that would further complicate the solution of the current crisis. We expect them to support the recently accelerated efforts of UN for the negotiated settlement of the Yemeni crisis." said the Turkish foreign ministry.

Turkey has troubled relations with the UAE, which is also part of the Saudi-led blockade against Ankara's chief Gulf ally Qatar.

Socotra, a site of global importance for biodiversity and sometimes referred to as the "Galapagos of the Indian Ocean", lies around 350 kilometers (220 miles) off Yemen's southern coast.

The island, which lies some 230 kilometers east of Somalia, also located on a strategic position guarding the Gulf of Aden and one of the world's busiest maritime routes.

The UAE, with a population of less than 10 million but the Arab world's second-largest economy thanks to oil, is deploying its soldiers and cash to create a web of bases and armed allies in Yemen and Somalia as a bulwark against terrorist groups and Iranian influence, according to diplomats as well as Yemeni and Somali officials speaking to Reuters.

But backing groups at loggerheads with their national governments threatens to bog down the UAE in the seemingly endless conflicts of two of the world's poorest countries.

Across the Bab al-Mandeb strait, through which much of the world's oil flows, the UAE also has a foothold in northern Somalia, where Emirati firms have set up commercial ports and its troops conduct military and training missions.

The UAE is deepening ties with the semi-autonomous regions of Somaliland and Puntland after state-owned Emirati firms DP World and P&O Ports signed deals there in 2016 and 2017, followed by UAE troops.

This relationship - which includes investing hundreds of millions of dollars in Somaliland for projects such as a highway to Ethiopia and new airport - has angered the central government in Somalia - closely aligned with Turkey - and the UAE has ended its military training mission in Mogadishu.