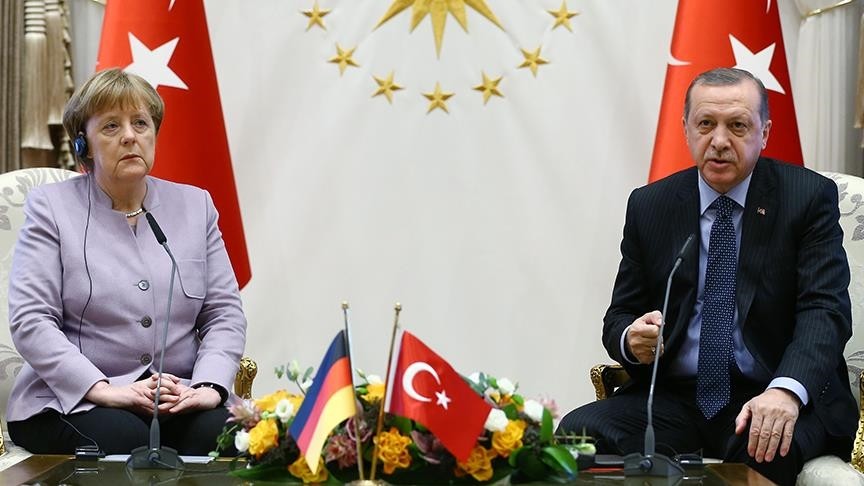 President Recep Tayyip Erdoğan Wednesday spoke with the leaders of a number of countries, including Germany, Iran, Indonesia, Qatar and Sudan and urged the Organization of Islamic Cooperation (OIC) member countries to develop a "common stance" on the Gaza killings.

In his call with German Chancellor Angela Merkel, Erdoğan exchanged views regarding the tensions in Gaza, while both leaders agreed that the current situation makes it difficult to find a solution to the problem, reports said.

He reportedly told Russia's Putin that Israel's attacks on Palestinian demonstrators are shameful before the eyes of the world and he also informed the Russian president about the upcoming OIC meeting that will take place in Istanbul on May 18.

The leaders also discussed the agenda for the upcoming extraordinary OIC meeting on Friday in Istanbul on the climbing tension in Palestine and Washington's relocation of its embassy from Tel Aviv to Jerusalem.

Erdoğan said the international community should speak out for Palestinians' suffering and called for a firm and common stance by the OIC.

The Turkish president also held a phone call with Pope Francis later in the day to discuss the latest developments in Jerusalem and rising tensions in Gaza. Erdoğan and the pope underlined that the U.S.' decision to move its embassy violated the status of the holy city of Jerusalem and was "unacceptable".

Monday's demonstration had coincided with Israel's 70th anniversary -- an event Palestinians refer to as "The Catastrophe" -- and the relocation of Washington's Israel embassy to Jerusalem, which also took place Monday.