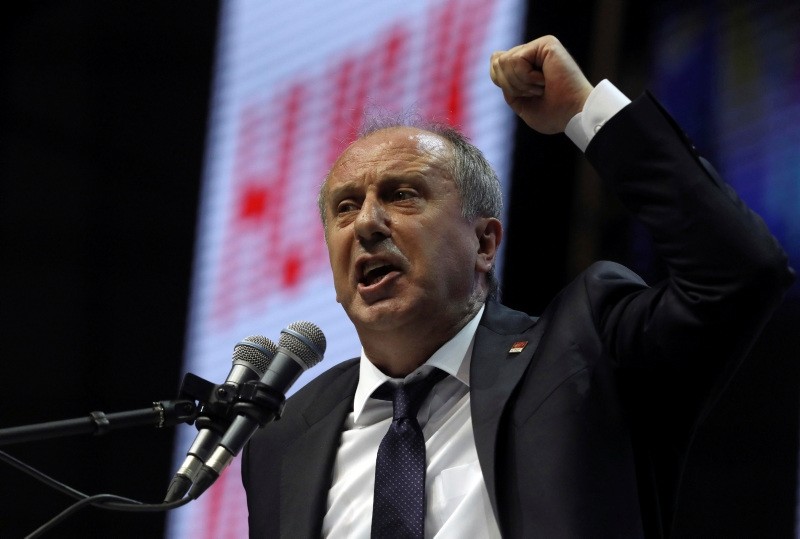 The main opposition candidate in Turkey's upcoming presidential elections vowed to deny the U.S. a key military base by Christmas unless the U.S. extradites the leader of the Gülenist Terror Group (FETÖ).

Turkish authorities have repeatedly asked Washington to extradite Fetullah Gülen, who lives in self-exile in Pennsylvania and who is blamed for orchestrating the July 15, 2016 coup aimed at unseating President Recep Tayyip Erdoğan.

Washington has so far shown no interest in delivering the Turkish request, saying it is a matter of judiciary.

"If you (the United States) don't hand him back, we will shut down Incirlik and send back U.S. soldiers on December 24 and they can celebrate Christmas with their families," he added.

The United States maintains an important presence at Incirlik, a Turkish military airport and base located in southern Adana province, as a hub for operations against the Daesh terrorist group.

Established in 1954, the base was one of the most important NATO bases in Turkey during the Cold War. It continues to house a stockpile of dozens of American tactical nuclear weapons.

As a response to U.S. arms embargo after Turkey's military intervention to Cyprus in 1974, the base was transferred to the Turkish Armed Forces (TSK) by the CHP-led coalition government the same year. The U.S. returned to the base in 1978 after it ended the embargo.

The U.S. presence Incirlik has been the source of criticism from the Turkish far-left during the Cold War. With the dissolution of the Soviet Union, Turkish far-right also joined to voices demanding the base to be shut down to foreign troops. Starting from early 2000s, especially with the U.S. invasions in Afghanistan and Iraq, the general mood in Turkey started to become more anti-American and the overall public opinion was in favor of ending U.S. military presence in Turkey.

The base was raided by the Turkish authorities after being used by putschist officers in the coup plot on July 15, 2016.

Ince, 54, is seeking to convince voters he is a credible choice as he runs against Erdoğan in the June 24 elections, which will be a landmark in modern Turkish history.

After the vote, a new presidential system giving the head of state with executive powers will come into force. However, the opposition aims to return to the parliamentary system after a victory on June 24.