Israel should be brought before ICC for massacre of Palestinians, FM Çavuşoğlu says 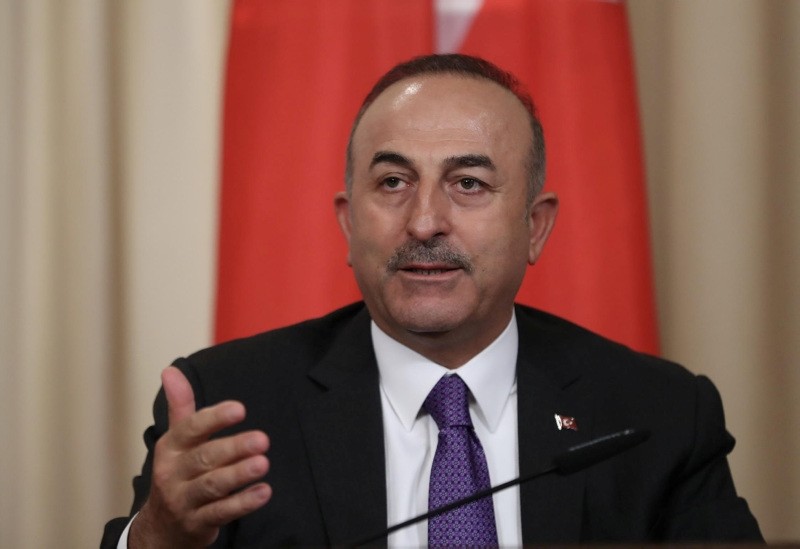 In the face of ongoing violence directed at Palestinians protesting the relocation of the U.S. Embassy to Jerusalem on Monday, Ankara called on Palestine to take the issue to the International Criminal Court (ICC) to hold Israel accountable.

In an interview with state-broadcaster TRT Haber yesterday, Foreign Minister Mevlüt Çavuşoğlu said, "Palestine needs to take the case to the ICC, as third parties cannot," and he added that Turkey has been examining possible steps that can be taken in line with the law as well.

The U.S.'s provocative move – relocating its embassy to Jerusalem – added fuel to the fire in the Palestine conflict. Following the opening of the embassy, Israeli troops shot dead at least 62 Palestinian protesters and injured many on the Gaza border on Monday.

Underlining that the International Human Rights Council will gather in Geneva on Friday, Çavuşoğlu said, "An independent commission needs to prepare a report on the violence in Gaza and Israel needs to stand before the law." He also stressed that Turkey is continuing its efforts; however, they are not sufficient by themselves to resolve the whole conflict. Çavuşoğlu said that concrete steps are expected from the United Nations.

"Palestine should be recognized and become a member country of the UN. From now on, the world needs to unremittingly exert efforts for a two-state resolution," Çavuşoğlu said.

Referring to the efforts to pose a united stance against Israeli aggression, the minister highlighted that Turkey is set to hold the summit of the Organisation of Islamic Cooperation (OIC) and added that foreign countries have been called one by one. Çavuşoğlu has held phone talks with foreign ministers of South Africa, Nigeria, Sweden, Bahrain, Lebanon, Djibouti, Eygpt and many more.

President Recep Tayyip Erdoğan on Wednesday spoke with leaders of a number of countries, including Germany, Iran, Indonesia, Qatar and Sudan and urged OIC member countries to develop a "common stance" on the Gaza killings.